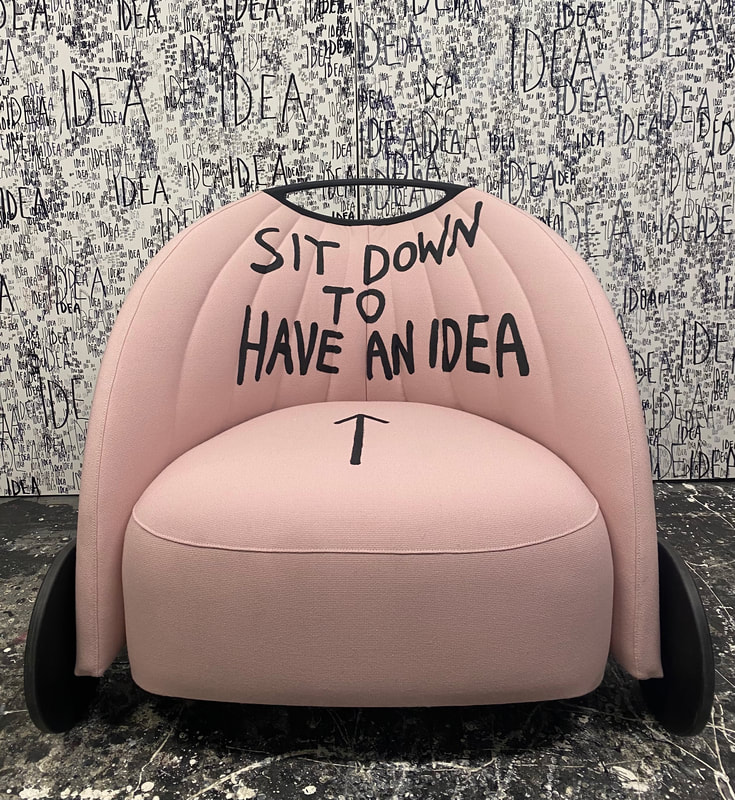 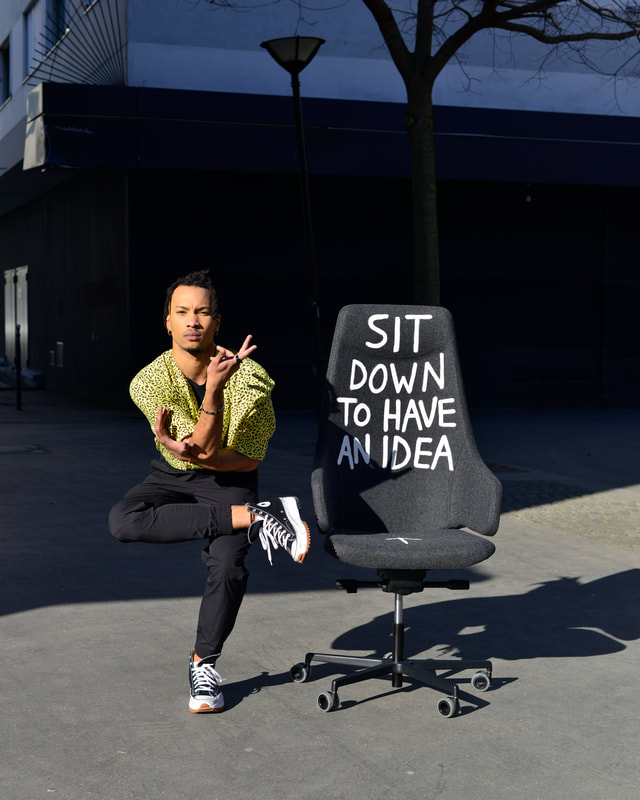 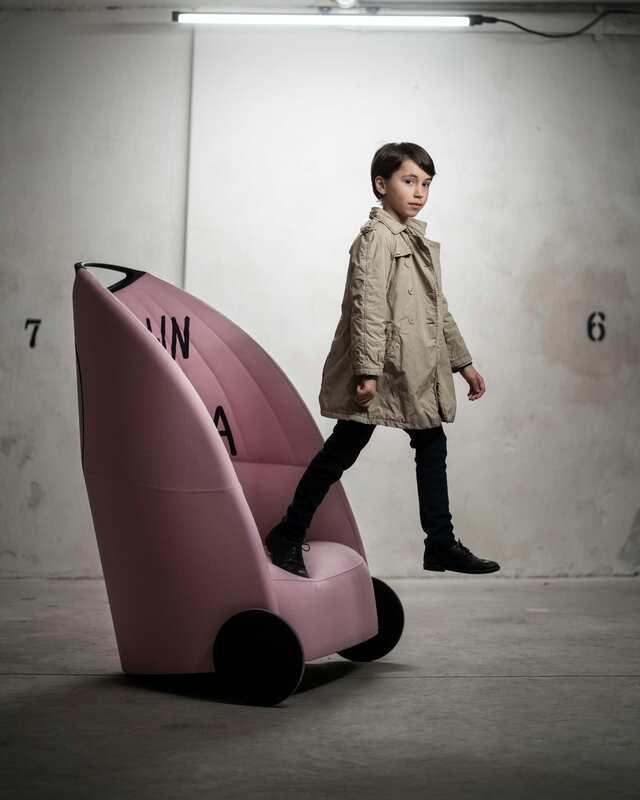 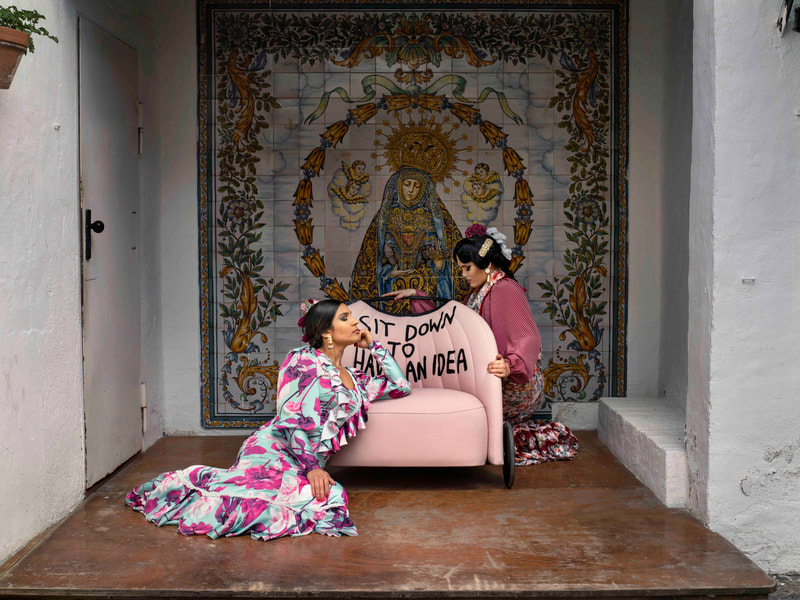 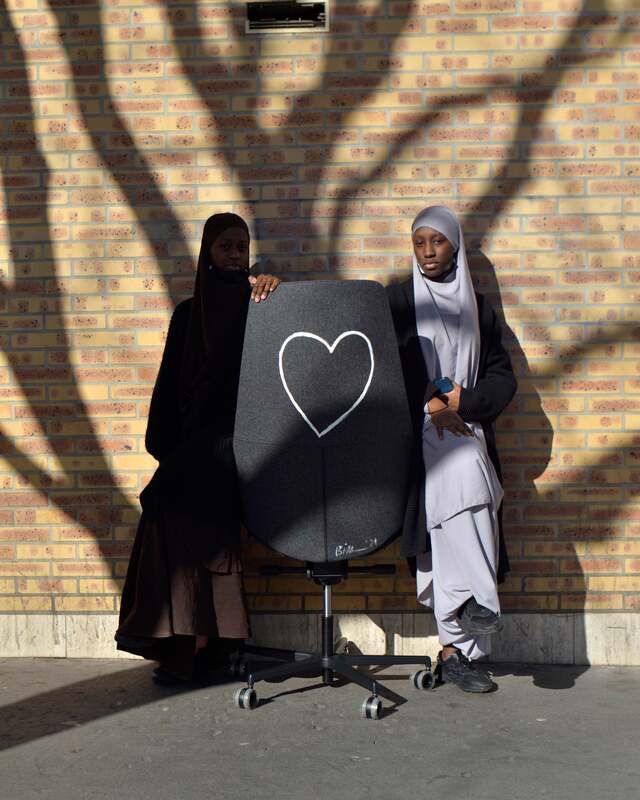 
Barbara Davis Gallery is very excited to announce THE JOURNEY OF THE CHAIR, an upcoming exhibition by one of Italy’s most acclaimed contemporary artists, Andrea Bianconi. This exhibition will mark the American unveiling of the 'Sit Down To Have an Idea' limited-edition BIGA and ITALIA chair produced by LUXY, Milan. The exhibition will include drawings, sculptures, projections, photographs, and one of Bianconi’s celebrated global performances.

PROJECT HISTORY
The Sit Down To Have an Idea series first began in the artist's studio in 2016 at a very important moment in Bianconi’s life. No ideas were coming to him that day, and he felt at a creative impasse. Then looking over at his grandmother's chair standing in a corner of his studio in Vicenza, Italy, he impulsively wrote on the chair 'Sit Down To Have an Idea.’ Instinctively, he sat down in the chair and at that moment, he immediately had the predisposition to have an idea. Thus was born the manifesto chair, an idea that has touched numerous people to date, and traveled many places since its inception.

These include the project on the Cima Carega mountaintop in the Dolomite region where the chair is permanently installed, also in the picturesque village of Colletta di Castelbianco in Liguria, along the Tyrrhenian coast in Tropea, and atop a medieval tower in the village of Chiampo.
Next, a book was born, Andrea Bianconi: La Sentinella (The Sentinel), published last September by Italian art press Vanilla Edizioni, pairing Bianconi’s performances with the chairs and his drawings, alongside images by four international photographers.
Above all, Sit Down To Have an Idea aligns with the artist’s practice — one that interweaves allegorically drawing, painting, sculpture, performance, and implied poetry in a potent tincture infirmed by contemporary social conscience. Significantly, Sit Down To Have an Idea makes its American debut at Barbara Davis Gallery, Houston, who has represented Bianconi for 13 years of his two-decade career, presenting his works and performances in more than a dozen solo and group exhibitions.


"My goal was to reinterpret the role of the chair," says Bianconi of this exciting project that has captivated the European art world, "and to give it a specific function: the task of stimulating creativity. In a moment of thought and creativity the chair was the greatest form of freedom I had at my disposal."

Andrea Bianconi's Sit Down To Have an Idea series further developed in 2022. His upcoming second activation — the first in America — draws inspiration from the BIGA and ITALIA chairs, produced by LUXY, thus continuing his poetic project that has been installed and performed across Italy.
Bianconi specifically chose the pink BIGA chair because he was inspired by its historical form, which is reminiscent of the grand Roman chariots with their wheels. A chair with wheels, Bianconi says, can be moved from one place to another. It is a chair that contains the idea of travel and displacement. He then chose the ITALIA gray chair, "with wheels, a chair that is part of our daily life, our workplace, our daily decisions.“ The artist's inspiration lies in this very dynamism and transience of the human condition.
Bianconi says of his big-picture, inspiring concept:
"The journey of my idea chair centers around the notion of the human experience as it relates to being a thinker. The chair becomes a metaphorical object and is representative of the birthplace of ideas; it is where one returns to imagine, think, create."
“The idea behind the exhibition is precisely that of the journey of both the chair and ourselves in the search of the greatest idea. A journey into our desires, a journey into our daily life,” Bianconi emphasizes. 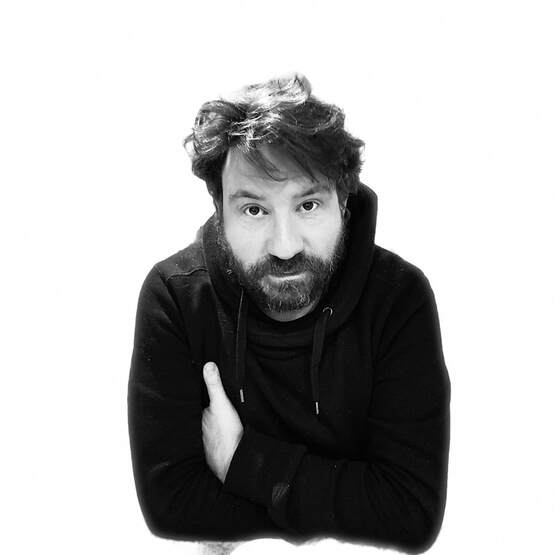