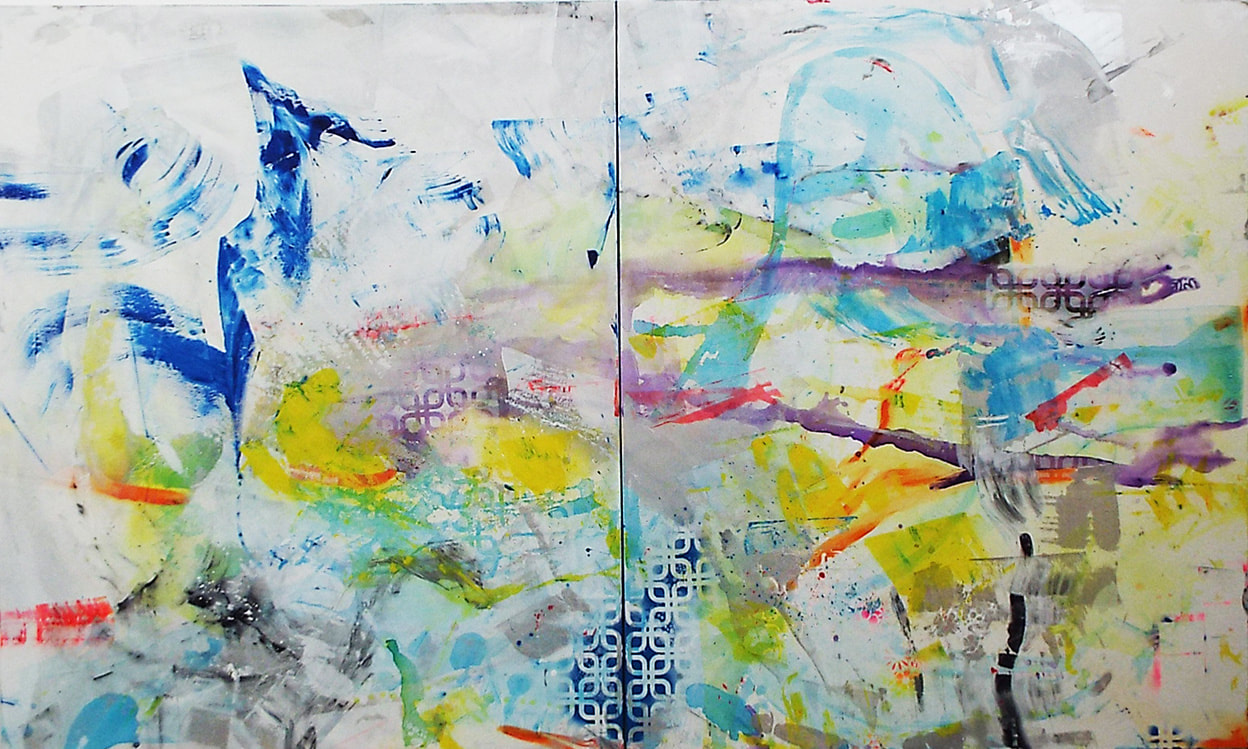 ​Agnes Bourely was born in France in 1963. She currently works and resides in Houston, Texas. Bourely received her Diploma of Plastic Arts, from the Beaux Arts, School of Fine Arts in Angers, located in the French Loire Valley. Her education also consisted of complementary studies at the Rocky Mountain College of Art and Design, in Denver, Colorado.

Bourely relishes in anomaly, the cohesion of motif and singularity, straying between the certain and uncertain. Like a jazz improvisation, she creates “grids” for herself through the course of her practice. In conjunction with sedulous care, she adheres to her moods, impulses, desires and frenzies; retaining maximum spontaneity enmeshing the execution and interlacing of her brush strokes, transcendental drawings and sublime paint splatters. She creates tension between liberation and control, and like any artist, it is this felicity she seeks. The tension can be pleasant or unpleasant, but it must be there for the painting to manifest.

Christy Karll was born in Santa Monica, California and now resides in Houston. She grew up in Dallas and Mexico City before attending the University of Texas at Austin. She earned her BFA from the University of Houston. Recent exhibitions include Art on Paper New York, the Jung Center Houston; The National Academy of Art, New Dehli, India, and Scope Art Fair, during Art Basel Miami Beach fair week, Miami. Karll is a former board member of DiverseWorks and Houston Advisory Council for the Jane Goodall Institute. Her work is in numerous private collections.

Karll, an avid supporter of animal rights, was profoundly impacted by a chance encounter with Dr. Jane Goodall. Goodall’s pioneering research of the relationship between humans and animals informs both the artists’ work and life. Also informing the work is an interest in Eastern philosophies combined with contemporary concerns about the environment. These influences led Karll to an exploration into quantum physics and the interconnectedness of all living things.

Donald Lipski is known for his poetic combining and altering of existing things and for his enigmatic installation works.  Since coming to prominence with his Museum of Modern Art installation Gathering Dust in 1979 -- thousands of tiny sculptures pinned to the walls -- his work has been shown in galleries and museums around the world. He has been written about extensively, and is included in The History of Modern Art, by H. H. Arneson.

He is the winner of many awards and honors, including The Guggenheim Fellowship, National Endowment for the Arts Awards, and The Academy Award of the American Academy of Arts & Letters, and The Rome Prize. In recent years he has also created many prominent and compelling public sculptures. His artworks have been repeatedly cited by Art in America as among the "Best Public Art of the Year", and regularly included in The Public Art Network's "Year In Review."  His public projects have been both overwhelmingly popular with the general public and garnered critical acclaim.

Lipski is represented in the permanent collections of The Metropolitan Museum of Art, The Whitney Museum of American Art, The Chicago Art Institute, Brooklyn Museum, Jewish Museum, New York, Museum of Contemporary Art, Chicago, Museum of Contemporary Art, Los Angeles, Panza Collection, Italy, Walker Art Center, Minneapolis, and in Houston the Menil Collection and The Houston Museum of Fine Arts, amongst others. Lipski was born in Chicago in 1947, and grew up in suburban Highland Park, Illinois.  He studied American History at the University of Wisconsin, Madison (B.A., 1970), and Ceramics at the Cranbrook Academy of Art in Michigan (M.F.A., 1973).  He taught at the University of Oklahoma from 1973-1977, before moving to New York City where he still resides today.

In 2016 at Houston’s Buffalo Bayou Park, Lipski installed a periscope on the Sky Lawn at The Water Works, allowing viewers to peer into the depths of the underground cistern.  The sculpture, Down Periscope! is housed in a jasmine covered cruciform trellis.  During Hurricane Harvey, the periscope’s electronics were damaged.  The sculpture is currently being repaired and fortified.   His latest public installation, in front of NYU’s new Children’s Hospital in New York is SPOT, a 30-foot Dalmatian dog balancing an actual taxi on his nose.

Heidi Kidon lives and works in Inglewood, California. Kidon’s most recent solo exhibition was last year at PØST in downtown Los Angeles. Over the past 21-years, she has mostly exhibited in Europe and the United States. Rosamund Felsen, of Santa Monica, represented Kidon from 1999-2002. Kidon's work has been reviewed in leading art journals and mainstream publications; notably, Jan Tumlir wrote ArtForum’s May 2000 “Openings” article based upon her large-scale paintings and installations. Other critics have also featured her work or mentioned her in the following: Los Angeles Times, Art Issues, New Art Examiner, X-Tra, and Artforum.

Kim Piotrowski received a BFA from the Chicago Art Institute. She currently lives and works in Chicago, Illinois. Her art has been featured in such venues as Grolle:Pass:Projects in Wuppertal, and Galerie Oqbo in Berlin, Germany; Marcia Wood Gallery, in Atlanta, GA; Linda Warren Gallery in Houston, TX; Diverse Works in Houston, TX; 65Grand, the Hyde Park Art Center, the National Veterans Art Museum and the Union League Club in Chicago. Piotrowski is the recipient of such prestigious honors as the Artadia Grant, the Illinois Arts Council Visual Artist Grant, Artist in Residence at Yaddo, Ox-Bow and the Ragdale Residency in Lake Forest, IL.
The play between micro and macro uses of scale has long been a major part of Kim Piotrowski’s oeuvre. For Piotrowski, color and surface, broad brushstrokes and fine details are paramount in her abstractions. With mark-making that is both aggressive and gentle, Piotrowski deftly incorporates notions of order and chaos, tenderness and violence, calm and anxiety, imbuing the right amounts of edginess, uncertainty and mystery to keep herself inspired and her viewers engaged.

Martin Durazo received his Master of Fine Arts from the University of California, Los Angeles, and a Bachelor of Arts degree in English and Art from Pitzer College. Durazo is the recipient of the 2012 C.O.L.A. Individual Artists Fellowship from the City of Los Angeles and a 2011 California Community Foundation Fellowship Award, funded by the Getty Trust. His work was included in the inaugural 2011 SUR Biennial and in 2010 he was an Artist-in-Residence at the 18th Street Arts Center in Santa Monica. He has exhibited at the Torrance Art Museum; PULSE Los Angeles Contemporary Art Fair; Pomona College Museum of Art; MexiCali Biennial 2013; Harris Art Gallery at the University of LaVerne; White Box in New York City; Volta 8 Basel; ArtForum Berlin and Art Basel Miami Beach. In the fall of 2016 he participated in the group exhibition, ‘Perfect Day’ at Roberts & Tilton in Los Angeles. His work has been reviewed in Flash Art International, the Los Angeles Times, The New York Times, LA Weekly, Artweek, and Art Review.

The new paintings continue to explore the correlation between aestheticized formalist principles and meditative mark making where washes of color play with varying depths of liquidity and fields of pulled opaque and transparent paint layer the surface of the canvases. The intent of these works is to create a relationship to the idea of living in the present and are expressed through nautical gestures suggesting a parallel to life as a navigated experience.

With the bombardment of sensations that the modern world presents, it is becoming increasingly necessary to be more transcendental in nature. The desire to focus inward is forming a momentum that is simultaneously arduous and pleasurable--timely, yet rooted in the history of consciousness. As a result, these works evoke intimate sensations found in the mystical, the lyrical, and the impulsive. Amidst the phantoms of trace images, geometric patterns satellite around luscious fields of color hailing the viewer to consider a return towards a complex present.

Nancy Friedemann-Sánchez has had exhibitions at MOCA in Miami, the Bemis Center for Contemporary Arts in Omaha, Nebraska, The Joslyn Art Museum, The Portland Museum of Art, The Museum of the University of New Mexico, El Museo del Barrio, Museo del Arte de Puerto Rico, University at Albany Art Museum, Biblioteca Luis Angel Arango, Bogotá; Linda Warren Gallery in Houston, TX;  San Luis Obispo Art Center and Bronx Museum of the Arts among others.  The artist also was selected for the Elisabeth Sackler Feminist Art Base at the Brooklyn Museum.

Friedemann-Sánchez has been awarded a Smithsonian Artist Fellowship, a Puffin Foundation grant, a Pollock Krasner grant, a NALAC grant and have been nominated to the Rema Hort Mann and to the Anonymous was a Woman Foundation. She has also received an achievement award from the Nebraska Arts Council.  She has been invited to be a resident at Art OMI, Fountainhead, Tamarind Institute, Yaddo, Gasworks Tiangle Arts, Bemis Center for Contemporary Arts and Bronx Museum for the Arts.

Currently she is creating a visual novel comprised of paintings, sculptures and mixed media that together and in different voices weave a synchronicity of dialogues, passages, punctuations, and silences about hybridity and cultural ownership. It is a multi-narrative novel about cultural memory, migration and the pursuit of the American dream. These images are anchored in Minimalism as a dominant ideological umbrella. They are then intertwined, intersected, to make narratives that describe lives of spiritual and physical transit.

Anchored in feminism, her art is informed by North and South American cultural forms that fuse and cross-pollinate. Her practice is a bicultural and trans-cultural experience; it speaks of difference, of opposites. Having grown up in Colombia and having migrated to the US as an adult she makes art in two languages about the curious and intense experience of physically having moved, yet having a piece of herself remaining rooted in Colombia. Nancy Friedemann-Sánchez creates visual expressions about the hybridity and syncretism that has taken place since the conquest of the Americas and that gets replicated in the migration experience.

Troy Stanley is a sculptor currently living and working in Houston, Texas. Upon receiving his degree in sculpture from the University of Houston in 2005, Stanley began his professional career with a solo exhibition at Lawndale Art Center in Houston. In 2007 he attended the prestigious residency at the Skowhegan School of Painting and Sculpture in Maine, shortly after attended the Kimmel Harding Nelson Center Residency in Nebraska. He is also the recipient of a Houston Arts Alliance Emerging. His first solo show with Barbara Davis Gallery in 2013.

Stanley's work typically explores the relationships in and around what is perceived as life and what are recognized as objects. Working in constructivist and constructivism canon, the artist attempts to shift materials and objects towards a perceivable life-like essence. Vice-versa, he reduces living things to that of a mere object or function. Using a wide array of materials and found objects, Stanley’s sculptural installations interact with the environment electronically and mechanically. Through this, he creates a situation that influences the viewer to redefine their own mental constructs of their environment. Stanley’s ability to transform inanimate objects and everyday materials into active, dynamic sculptures produces an all-encompassing experience. 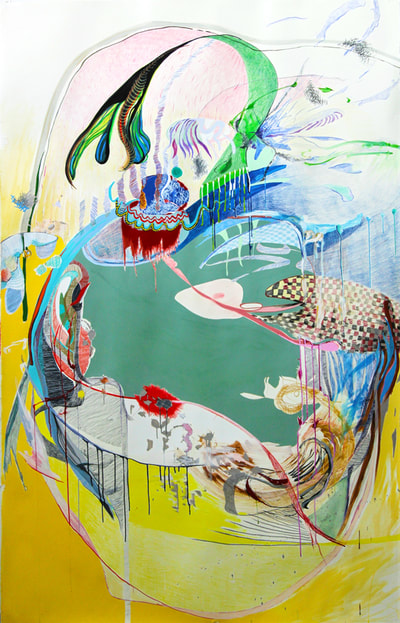 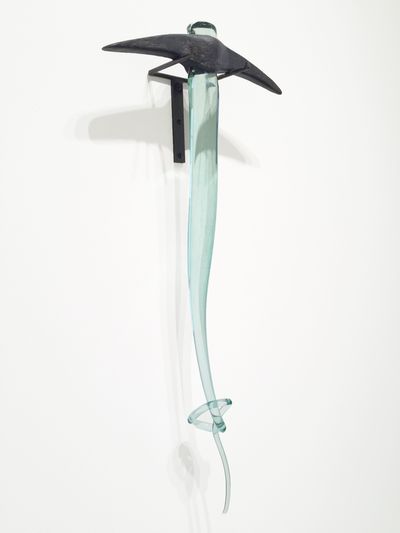 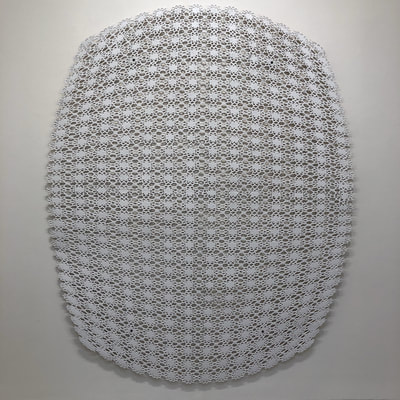 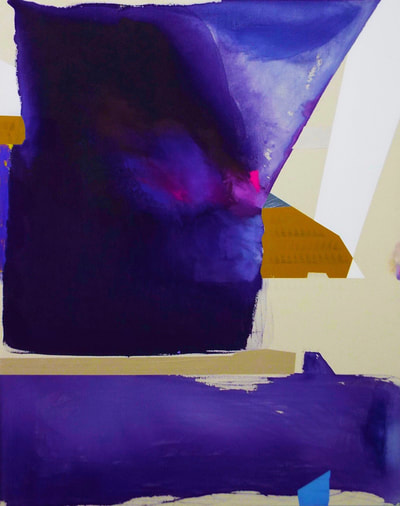 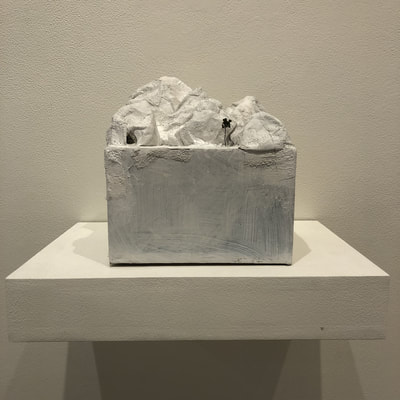 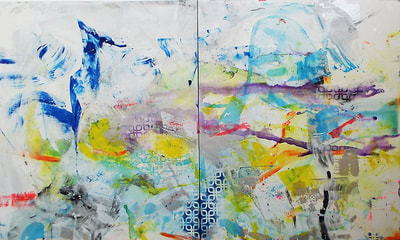 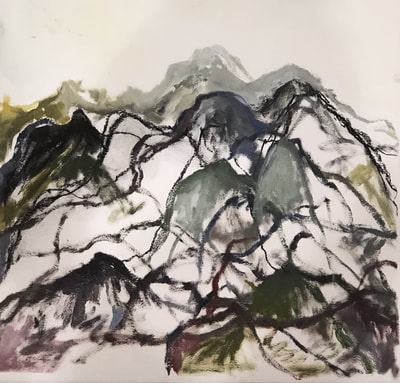 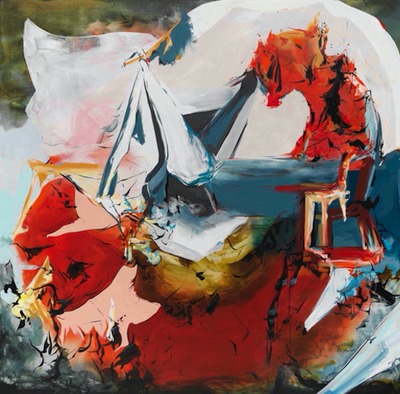