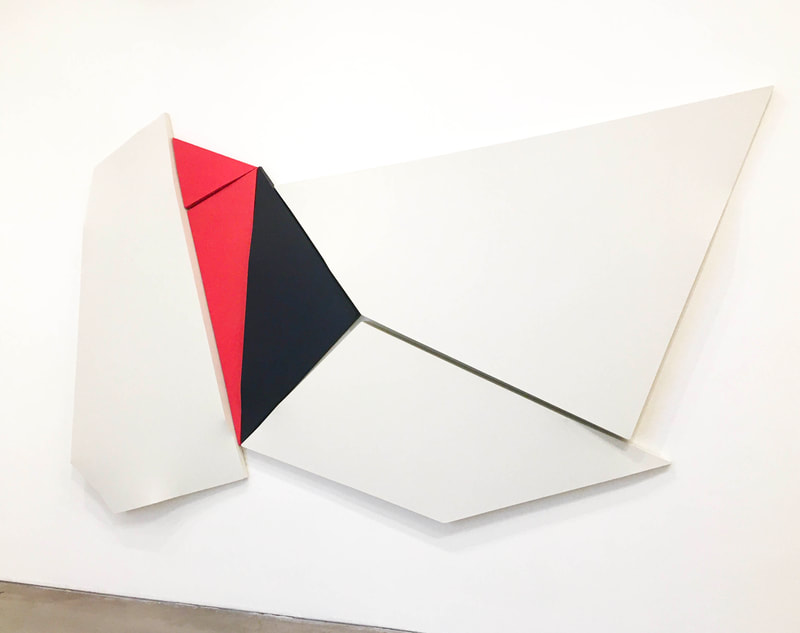 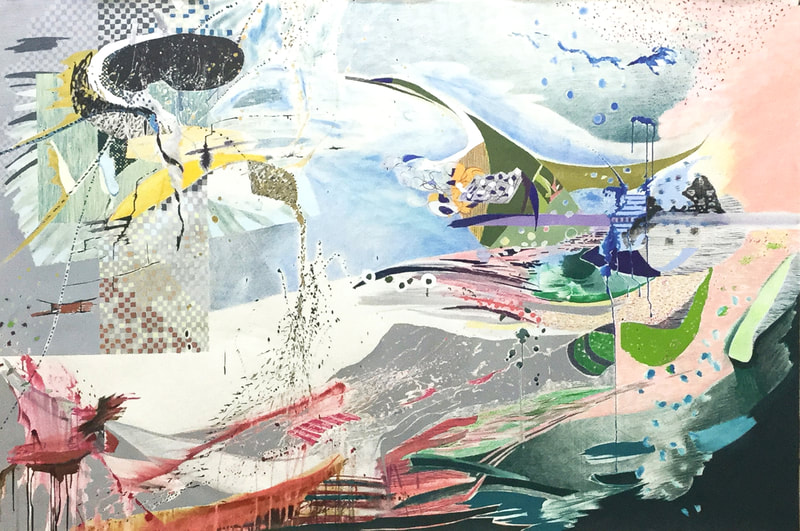 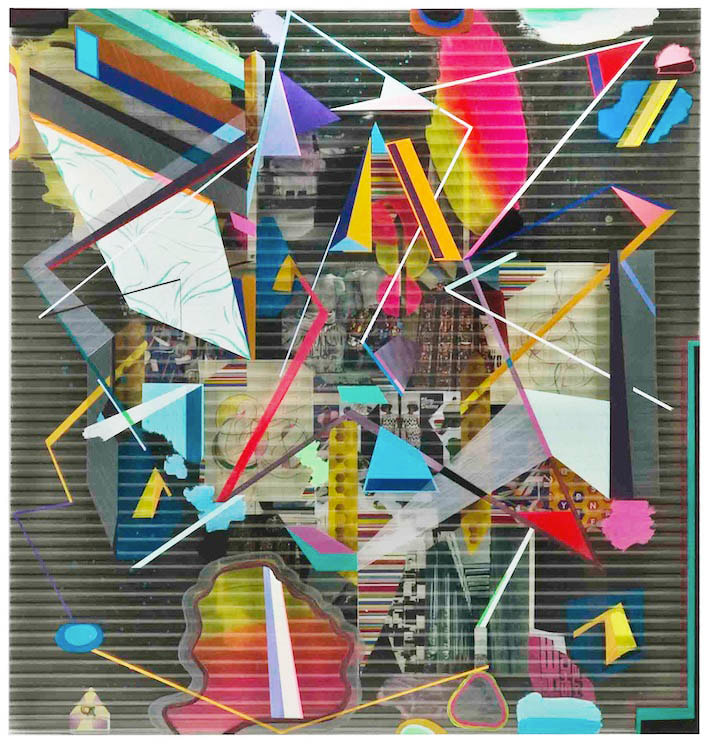 Prologue is an exploration of constructed painting filtered through the many languages of Modernist discourse. Abstraction in the 21st Century is a viable and open proposition for contemporary discussions to occur. This exhibition “Prologue” explores three studio-based artists' approaches to unfolding visual dialogues where a multiplicity of readings co-exist, underpinned by drawing, form, craft, and attitude in a contemporary painting situation, which is both open and specific.
﻿Agnès Bourély

Bourély’s journey is infused with every line and every brushstroke, provoking and enforcing the vital signs of movement. Not a single movement, but a shift of collective movements rise out of the two-dimensional sphere like that of sound. Her work is clarity of obeying and selective abeyances, as she uses and suspends from that ‘contortionists’ direction’. What is performed in a concert hall, is indulged by the intimacy of the musician and their instrument, and then through the movement of sound is what provokes the inspector to their next, most current indulgence.

Portillo’s paintings conduct a negotiation between the literal edges and the surface of the pictorial plane, realizing his personal desire to deviate from the rectilinear into real space. The juxtaposition is established between what is considered a painting and what is categorized as a sculpture, subverts the allotted space each is normally given. In this way, his work breathes life into these ordinarily lifeless areas, celebrating the tension between implied capacity and imposed boundary.

Rolph's innovating and unique multi-paneled Triplewall paintings reflect the dynamism of the places he has visited. Extended periods of study in cities as varied as London, Reykjavik, New York, Rome (where he was Rome Scholar), and Houston as well as his observations of the desert sunsets of West Texas and New Mexico have consistently informed his color choices. These are instinctive and reflective, echoing the environment that surrounds him. He has continued to develop his composition's spatial relationships upon the surfaces he works on. Rolph's passion for Art History and his journey of visual discovery within the area we define as Abstraction has been recognized by many private collections alongside The Metropolitan Museum of Art, New York, Tate Gallery, London, and the High Lanes Museum in Ireland. He was also recently awarded the Mark Rothko Residency Award.