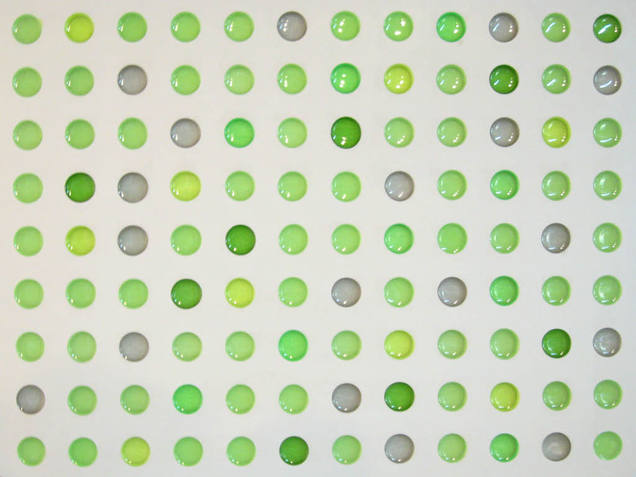 "Peep" (detail), 2008, hydrocal and resin, 19.39 x 19.83 x .1 in. (49.25 x 50.375 x .25 cm)
Barbara Davis Gallery is pleased to announce the greatly  anticipated exhibition of Paul Fleming’s Dither Complex, the title shares its name with one of the works in the exhibition - a large complex of elements that gather and dissipate on the wall, the smaller elements "dither" or appear to vibrate across the field of view.   Looming architectural forms invite the eye to create its own variations with the work acting as a catalyst.   A large scale work, DNA,  comprised of hundreds of colored vessels will flutter, tumble, and cascade across the scape of a wall inviting the viewer to contemplate the sensations that are presenting themselves.  Peep, a more subtle and poetic work in the exhibition urges one to peer through the forms to reveal the endless possibilities.

Paul Fleming investigates the issues of honesty in material, form, color, and process.  Forms are inspired by found objects, he then makes a mold of the found object and casts the forms with the material, hydrocal,  which are then filled with a resin.   The repetition of forms are an integral part of the process of each work.  Color is used to define the object which becomes a material in itself.   "I do not look at color as a sentiment, red as rage or blue as cool, this is unreliable and elusive.  My objective is that it becomes opaque or transparent, dull or glowing." 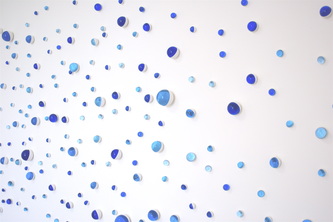 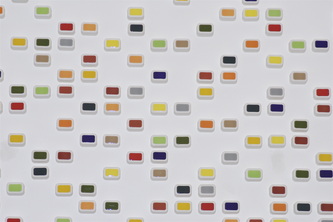 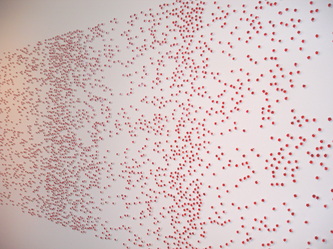 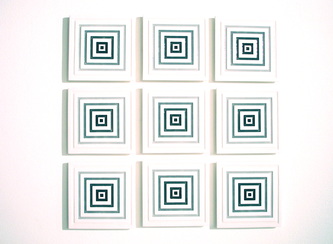