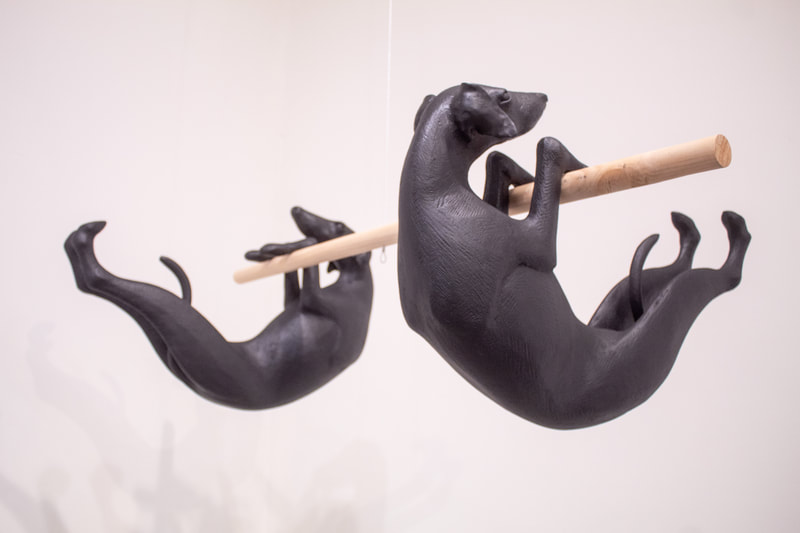 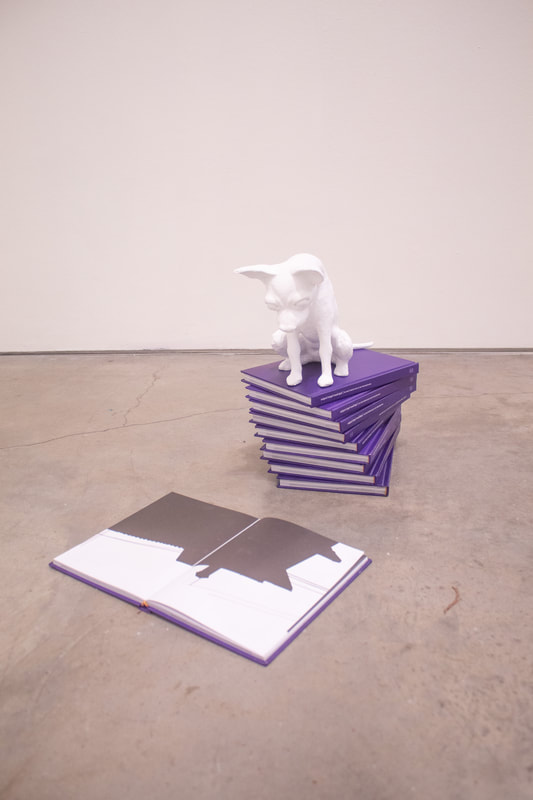 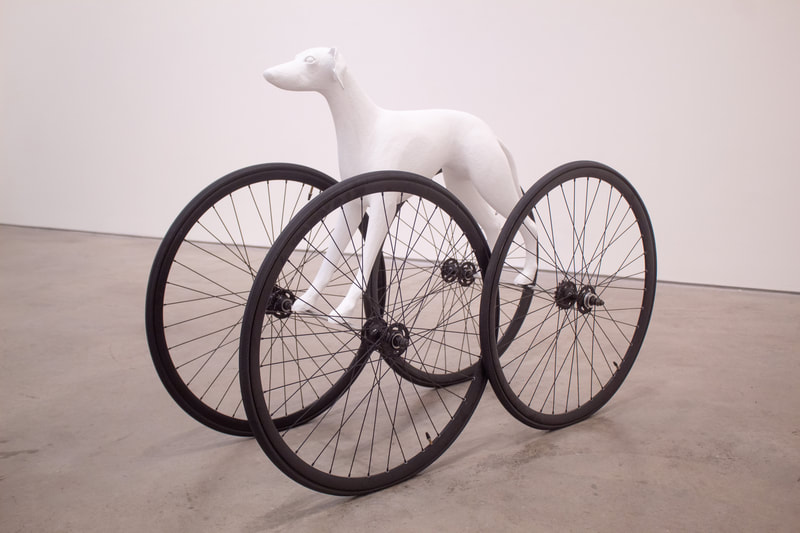 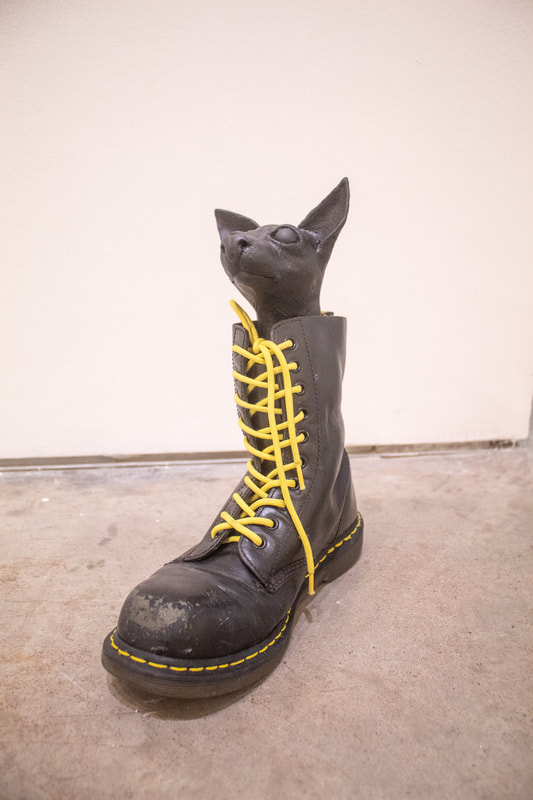 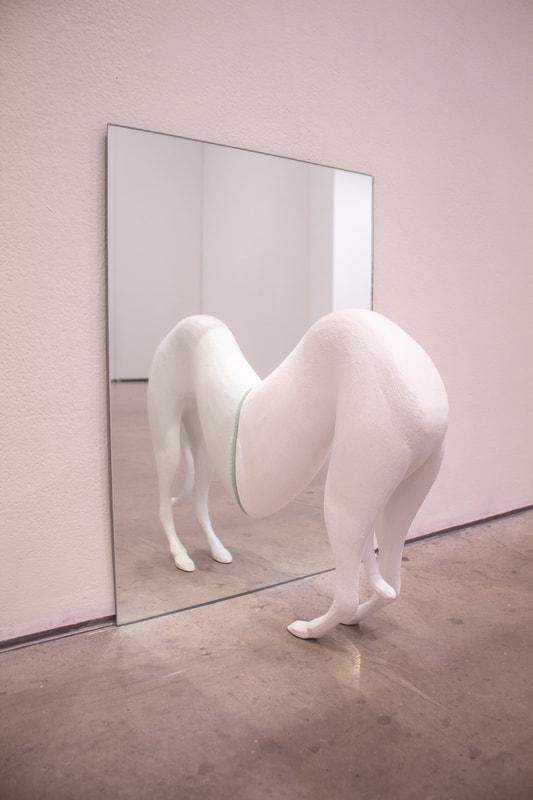 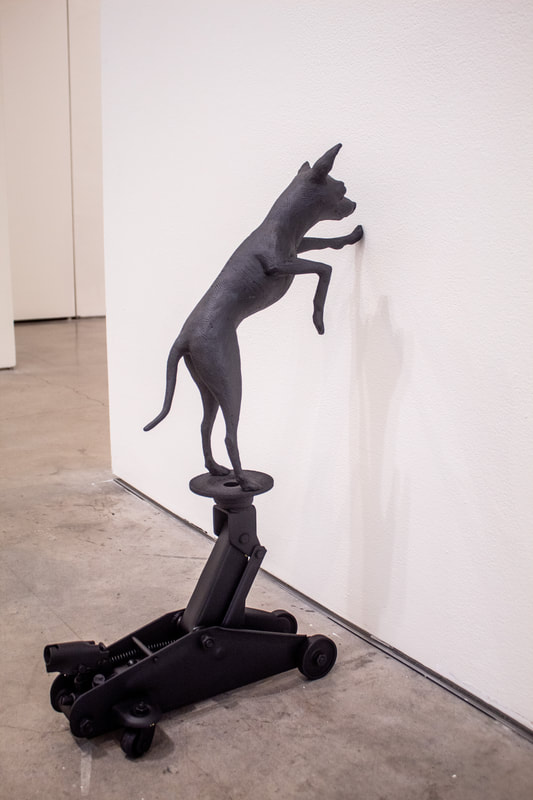 ARTIST BIO
Miguel Ángel Madrigal challenges expectation and perception of familiar objects, shapes, and figures. Evoking tender moments of belonging, feeling lost, excitement for new beginnings, and playful connection, he offers the viewer a renewed relationship with their own past, present, and future. He combines life-like sculpture with unexpected found objects to give new meaning to each, exploring balance, illusion, and texture. With the precision of an architect and the soul of an artist, Madrigal develops his own worlds full of wonder and connection.

He has exhibited in various spaces in Mexico, including the Enrique Guerrero gallery, at the Monterrey Femsa biennial, at the first, second and third National Biennial of Visual Arts of Yucatan, XXIV national meeting of young art Aguascalientes, at the national center of the arts, at the Chopo University Museum, at the National Center for the Arts, at the MUCA Roma, the Cultural Center of Spain in Mexico, at the Vasconcelos Library, at the Ibero-American University in Puebla among others. As well as in international spaces in Spain, the US, Germany, Colombia, Canada, Guatemala, Honduras, El Salvador, Nicaragua, Hong Kong, Japan, France, Australia, New Zealand, Indonesia, China, the United Kingdom to name a few. Among his awards are highlighted, belonging to the national system of creators 2015-2018 and 2011-2014, Residency at the Banff Center, Fonca, Alberta Canada, Residency at the Basilisco Center, Buenos Aires, Argentina, Residency at the Bilbao Art Center, Bilbao Spain, Scholar of the National Fund for Culture and the Arts (FONCA) 2004 2005, Honorable Mention Second National Biennial of Visual Arts of Yucatan, 3rd Acquisition Award. Puebla de Los Angeles Biennial. Among his most outstanding collections are. Jumex Collection, Hakim, Gelman, Enrique Guerrero, Fundación Bilbao Arte, The RISD Museum (of Rhode Island), Museum of the Foreign Ministry, Universidad Iberoamericana de Puebla, Museo Carrillo Gil, The Siqueiros workshop, Hendrix, Institute of Culture of Morelos, among others.
download artist's cv here