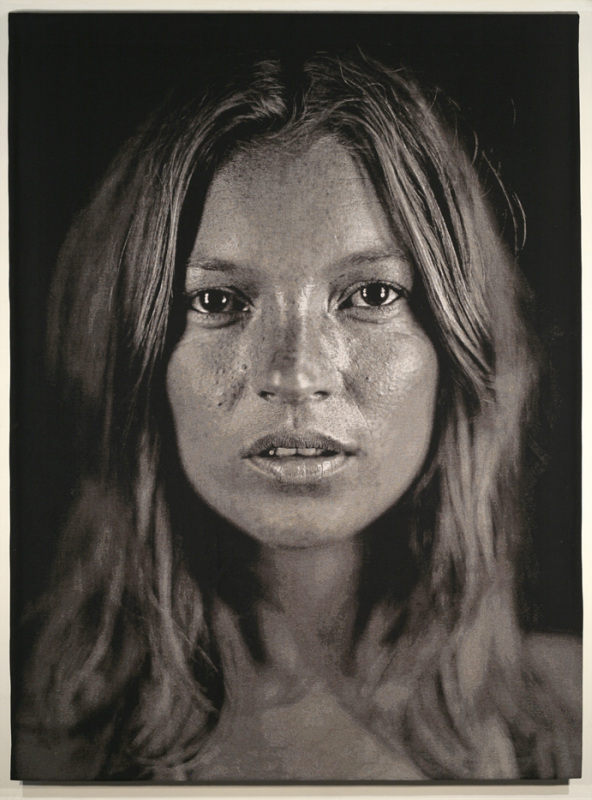 Chuck Close, "Kate", 2007, Jacquard Tapestry, 103 x 79 in. (261.6 x 200.7 cm)
The Barbara Davis Gallery is please to present a new exhibition titled Iconic Heroes featuring work from international artists Chuck Close, Robert Rauschenberg, Jenny Holzer and Robert Longo. These artists have exhibited in the Whitney Museum of American Art, Museum of Modern Art in New York, the Tate in London, the Museé National d’Art Moderne in Paris and countless others. This exhibition features rare work influential to the development of their collective careers. Opening reception is Friday October 17th, 2008 from 6:30 to 8:30pm. The exhibition runs from October 17th to November 1st 2008.

One of the most influential and important American artists of the last century, Chuck Close’s tapestries incorporate a fusion of methods separated by over two-hundred years. By combining daguerreotypes with modern digital weaving techniques, Close extends his career-long exploration of the tension between artifice and realism. These tapestries include images of Kiki Smith, Lyle Ashton Harris and the iconic Kate Moss.

Robert Rauschenberg is perhaps most famous for his "Combines" of the 1950s, in which non-traditional materials and objects were employed in innovative combinations. Presented for this show are Rauschenberg’s rare and early photographs, which served as the basis for, and later incorporated, into his work.

For nearly a decade, light projections have been a critical component of Jenny Holzer’s artistic practice. Known for creating ephemeral work that incorporates moving projections with surrounding architecture she continues in her long-standing engagement with media, news and advertising content to reach the public and passersby.

Robert Longo is a standard-bearer of the 1980s generation of appropriation art. The Men in Cities series is one of his best know signature pieces where mass-media factors as an important reference to his work, with a particular interest in cinematic scale and gesture.

Also exhibiting is work by Lyle Ashton Harris, who often is the subject of his own Polaroid photographs. He explores aspects of his own life through the characters that he portrays. His refined use of light and shadow lends itself well to themes of mystery and sensuality. Harris' pieces have been featured in the 2007 Venice Biennale, the Whitney Museum of American Art and the Bienal de Arte Contemporaneo de Seville, Spain. 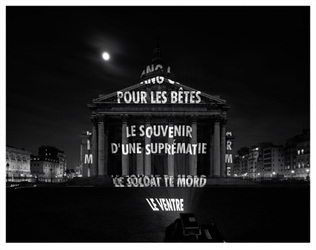 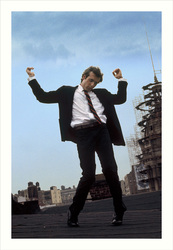 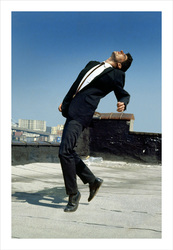 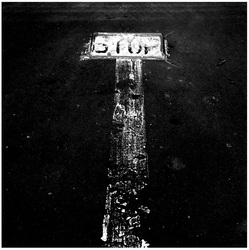 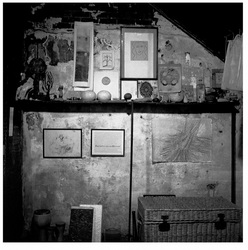 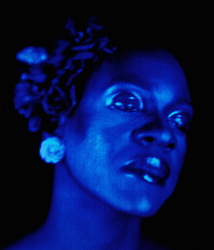 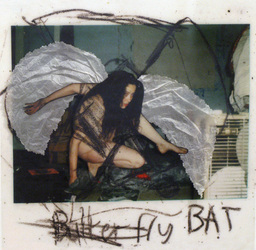 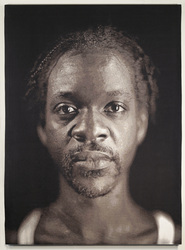