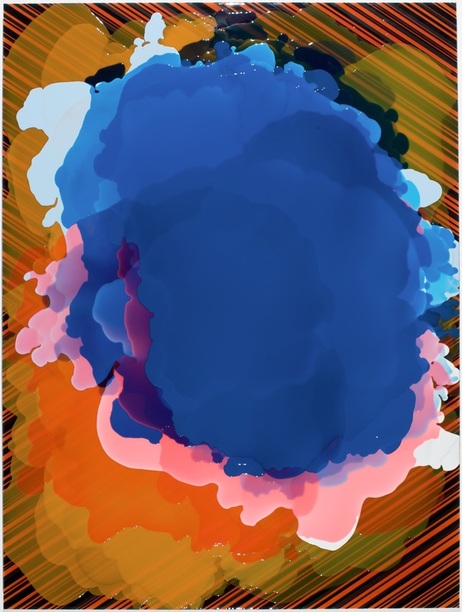 Gavin Perry makes complex paintings and sculpture whose subject is ultimately the process of their creation. Through a series of pours and spills, the artist's control is relegated to the ideals of chance. Each layer becomes a frozen moment that maintains a sense of fluidity and movement.

His latest body of work introduces new and assertive interventions to his traditionally exacting surfaces of resin and vinyl pin striping. Pours of polychromatic resin, circular saw cuts, and various forms of mark-making act not merely as cancellations to the existing subjects but they imbue them with . Perfection is sterile. The most recent paintings embrace history with a tongue in cheek look at action painting.

Sculpture, while not new in Perry's oeuvre, takes on a much stronger role than in exhibitions of past.  Resin pour-off has been collected to form large columns that reveal their growth like rings of a tree. Frozen monuments that belie their minimalist associations through imperfect fluidic layering.

About the artist:  Gavin Perry (b. 1971 Philadelphia) lives and works in Miami. Perry has had numerous solo and group exhibitions both nationally and internationally. Since receiving his BFA from the Tyler School of Art, Philadelphia PA, Perry has developed a large body of work that has been recognized by many publications including Flash Art, Art in America and Art Papers. Perry has recently exhibited in Mexico City and Paris France both with Buamet Sultana Gallerie. Spring 2011, Perry will have his second solo exhibition in Houston, TX with the Barbara Davis Gallery. In 2009, Perry was awarded the prestigious South Florida Cultural Consortium which included an exhibition at the University Galleries of FAU. 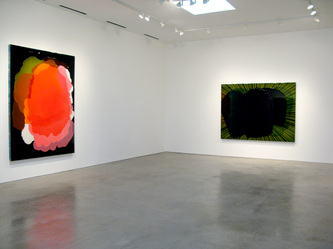 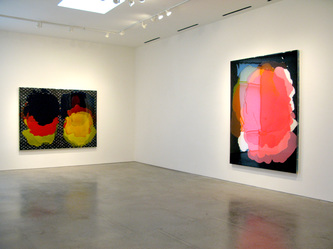 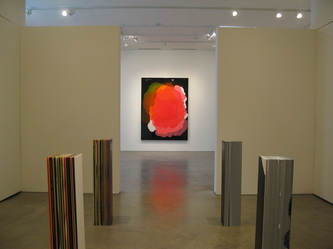 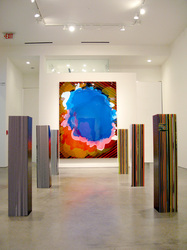 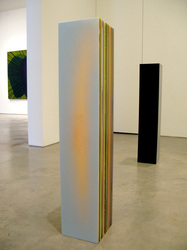 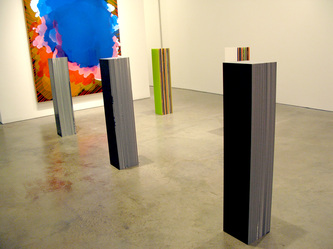 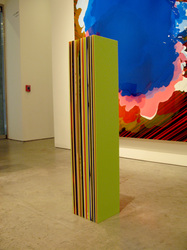 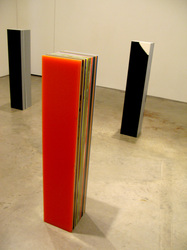 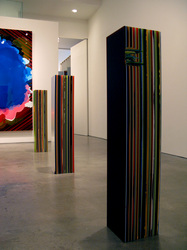 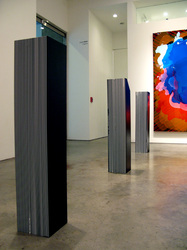 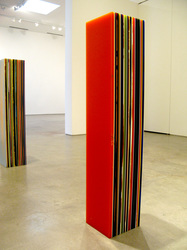 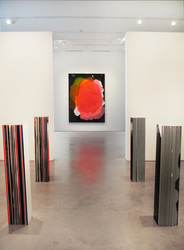