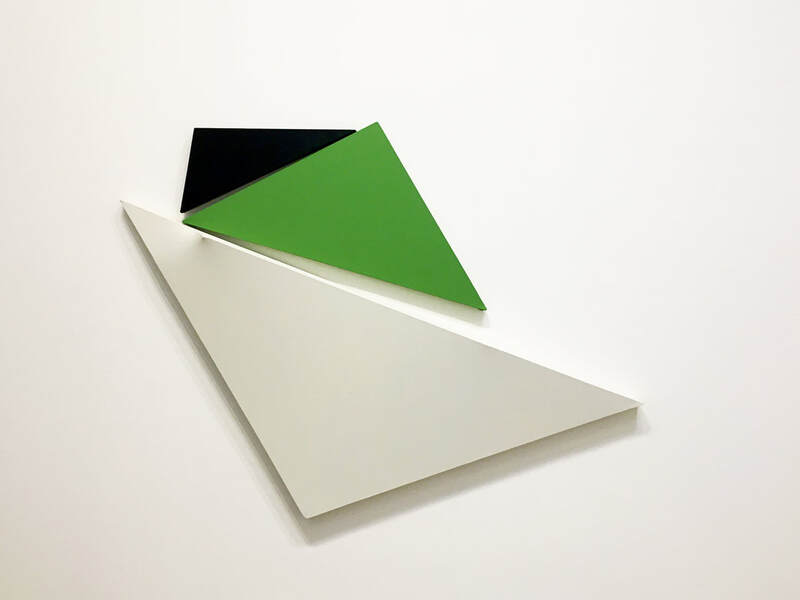 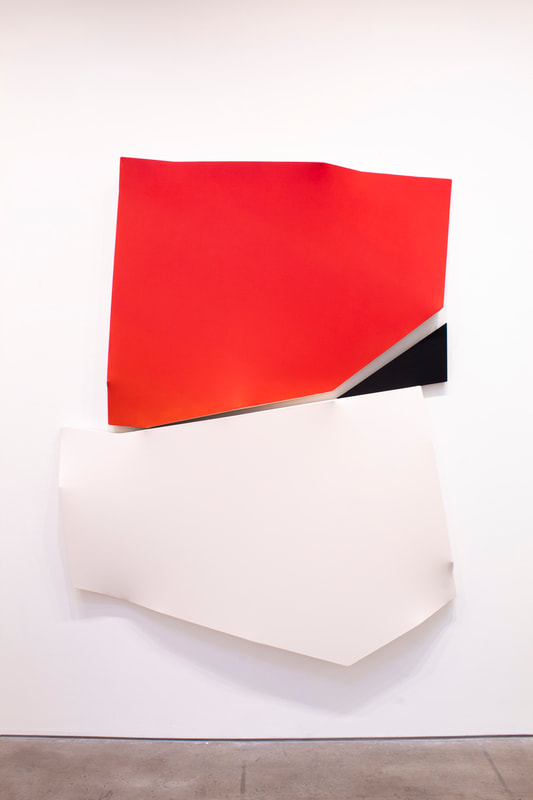 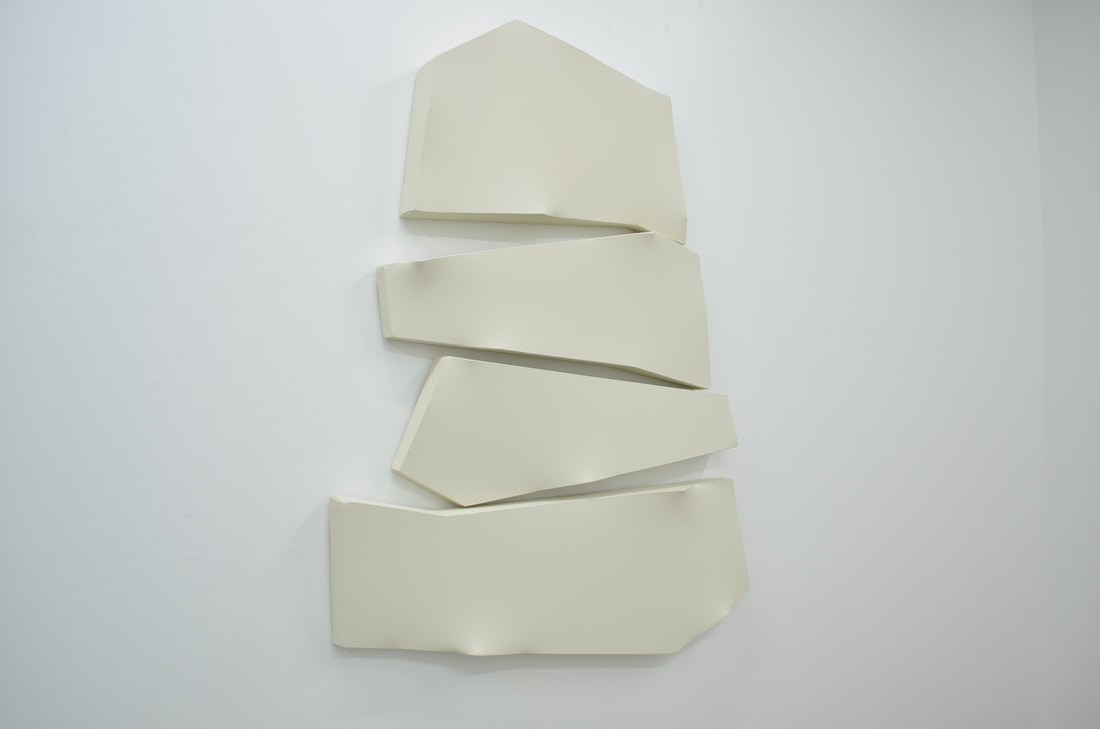 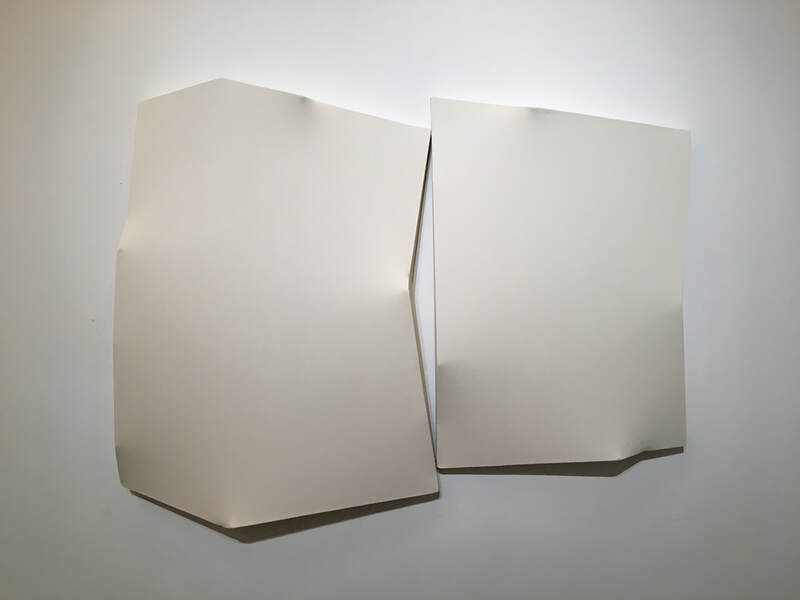 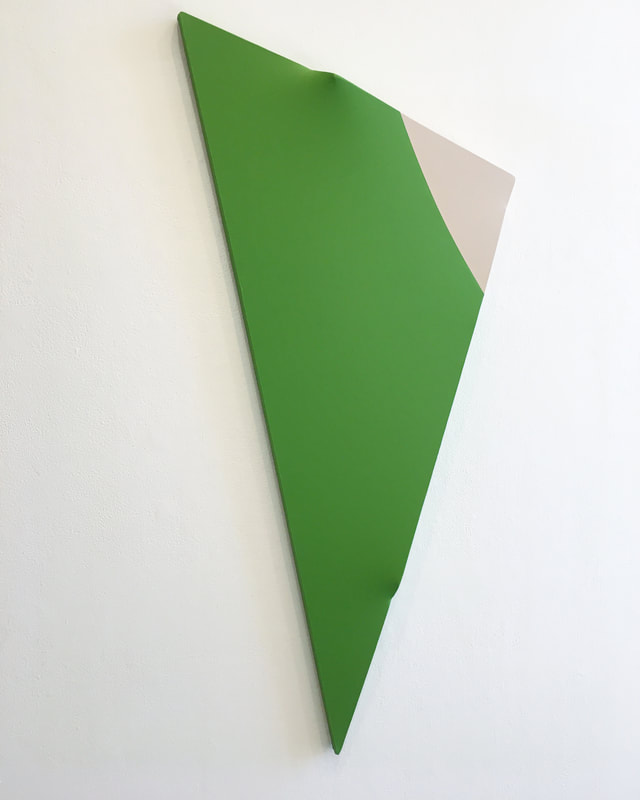 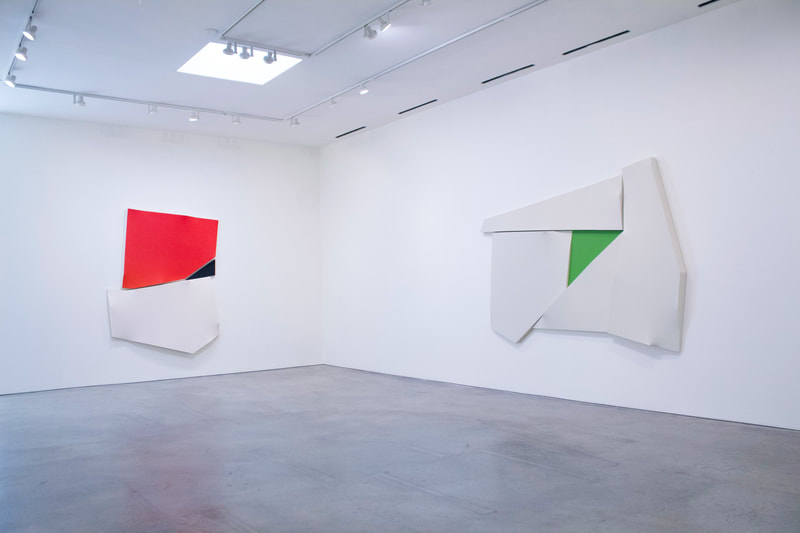 ARTIST BIO
​
Portillo’s paintings conduct a negotiation between the literal edges and the surface of the pictorial plane, realizing his personal desire to deviate from the rectilinear into real space. The juxtaposition is established between what is considered a painting and what is categorized as a sculpture, subverts the allotted space each is normally given. In this way, his work breathes life into these ordinarily lifeless areas, celebrating the tension between implied capacity and imposed boundary.
Technically his works are shaped canvases, paintings on the walls or on the floor. Usually, the aesthetics of shaped canvases is associated with smooth sensual curves (Gorchov, Matsutani, Imai…) or with geometrical patterns (Frank Stella, Enrico Castellani…). Eduardo Portillo’s canvases are not smooth but sharp, and the composition is unpredictable, surprising, playful and nevertheless perfectly balanced.
Portillo’s newest work, though, might be the apotheosis of his mestiza aesthetic, insofar as he’s condensed his idiom through a progression toward radical minimalism. This movement toward a further streamlined sensibility allows for his pieces to focus more effectively on the concept of borders and his material ingenuity.


Eduardo Portillo was born in Santa Ana, El Salvador in 1986 and currently lives and works in Houston, TX. He received a BFA in painting at the University of Houston in 2011. His work has been exhibited at Lawndale Art Center in Houston, Blue Star Contemporary in San Antonio, Site 131 in Dallas, the Galveston Art Center in 2013 his exhibition with the Houston Community College was included as part of the Texas Biennial. He has been awarded artist residencies with the Universidad de Ciencias y Artes de Chiapas as well as the Vermont Studio Center.
DOWNLOAD ARTIST'S CV HERE