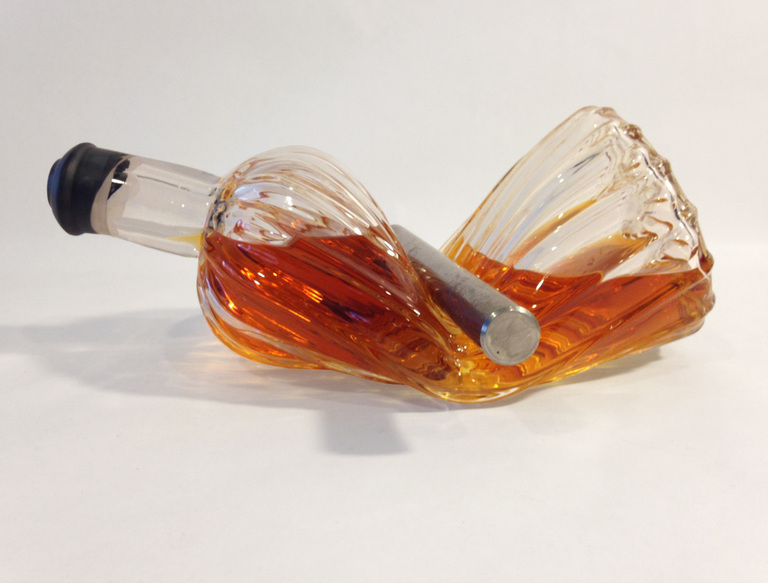 Donald Lipski presents his new Scotch filled glass creations made over the last year. To create the series Whiskey River, Lipski has worked with teams of expert glass artisans at The Museum of Glass in Tacoma, WA; Wheaton Arts in Millville, NJ; and at his Red Hook, Brooklyn studio. Lipski, while not a glass artist, per se, is embraced by the glass world as one of its own.  He has worked with glass blowers at Pilchuck School of Glass in Washington State, in Murano Italy, at The Museum of Glass, Rhode Island School of Design, Corning Glass and The NY Experimental Glass Workshop where his work was the inaugural show at their Lehmen Gallery.

The new work investigates a plasticity that defies what we know about glass -- that it is rigid and brittle -- as it is assaulted by clamps, hooks, and tools.  All the works are filled with Scotch, Lipski's drink of choice.

Joyce Beckenstein writes "Lipski has for decades worked with hand-blown glass -- an unnerving axe head affixed to a glass handle, Untitled, # 90-36, (1990) points to evermore disturbing similes in this current exhibition. It features blown glass bottles filled with scotch, and delicate art-deco style vases. Some twist and writhe painfully or hang tortuously from meat hooks piercing the glass. Other vessels suffer in the clutches of pliers, clamps, and vises. One's first response is to wonder, 'How did he do that?' But a chilling second later the mind's eye speeds beyond Lipski's deft handling of molten glass, to a visual message about fragility and violence that takes aim at what confronts us daily on the evening news."
Excerpt from Beckenstein's essay on Lipski in the catalog from the exhibition Eminations, Wheaton Arts.

About the artist:
Donald Lipski is known for his poetic combining and altering of existing things and for his enigmatic installation works.  Since coming to prominence with his Museum of Modern Art installation Gathering Dust in 1979 -- thousands of tiny sculptures pinned to the walls -- his work has been shown in galleries and museums around the world. He has been written about extensively, and is included in The History of Modern Art, by H. H. Arneson. He is the winner of many awards and honors, including The Guggenheim Fellowship, National Endowment for the Arts Awards, and The Academy Award of the American Academy of Arts & Letters, and The Rome Prize. In recent years he has also created many prominent and compelling public sculptures. His artworks have been repeatedly cited by Art in America as among the "Best Public Art of the Year", and regularly included in The Public Art Network's "Year In Review."  His public projects have been both overwhelmingly popular with the general public and garnered critical acclaim.  He is represented in the permanent collections of The Metropolitan Museum of Art, The Whitney Museum of American Art, The Chicago Art Institute, Brooklyn Museum, Jewish Museum, New York, Museum of Contemporary Art, Chicago, Museum of Contemporary Art, Los Angeles, Panza Collection, Italy, Walker Art Center, Minneapolis, and in Houston the Menil Collection and The Houston Museum of Fine Arts, amongst others. Lipski was born in Chicago in 1947, and grew up in suburban Highland Park, Illinois.  He studied American History at the University of Wisconsin, Madison (B.A., 1970), and Ceramics at the Cranbrook Academy of Art in Michigan (M.F.A., 1973).  He taught at the University of Oklahoma from 1973 - 1977, when he moved to New York City.

Lipski has been commissioned to create a public installation for Buffalo Bayou Park in Houston, TX. Lipski is constructing a periscope on the Sky Lawn at The Water Works, allowing viewers to peer into the depths of the underground cistern. The periscope will be housed in a trellised structure covered with jasmine measuring 10 feet in diameter.

He has been represented in Houston by Barbara Davis Gallery since 1990.
Click here to view more examples of Lipski's work. 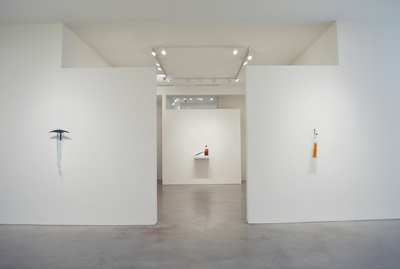 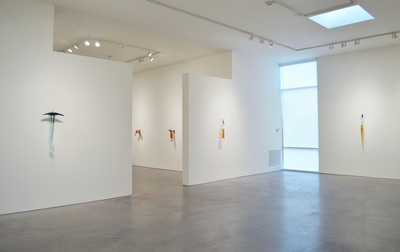 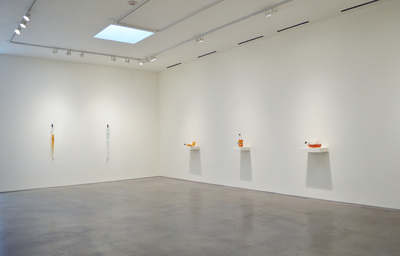 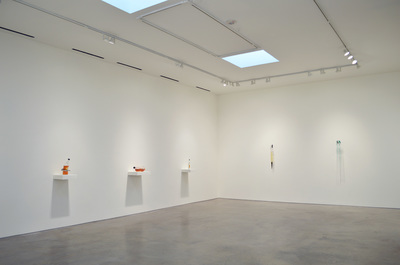 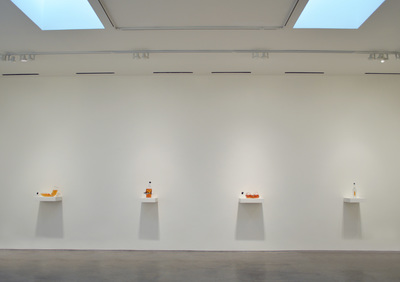 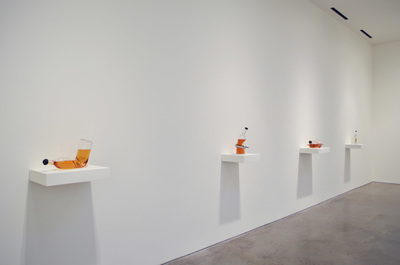 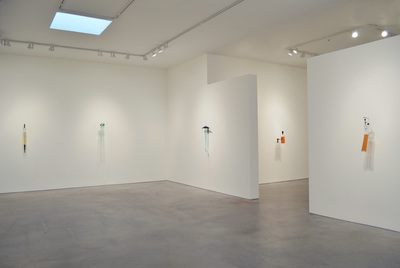