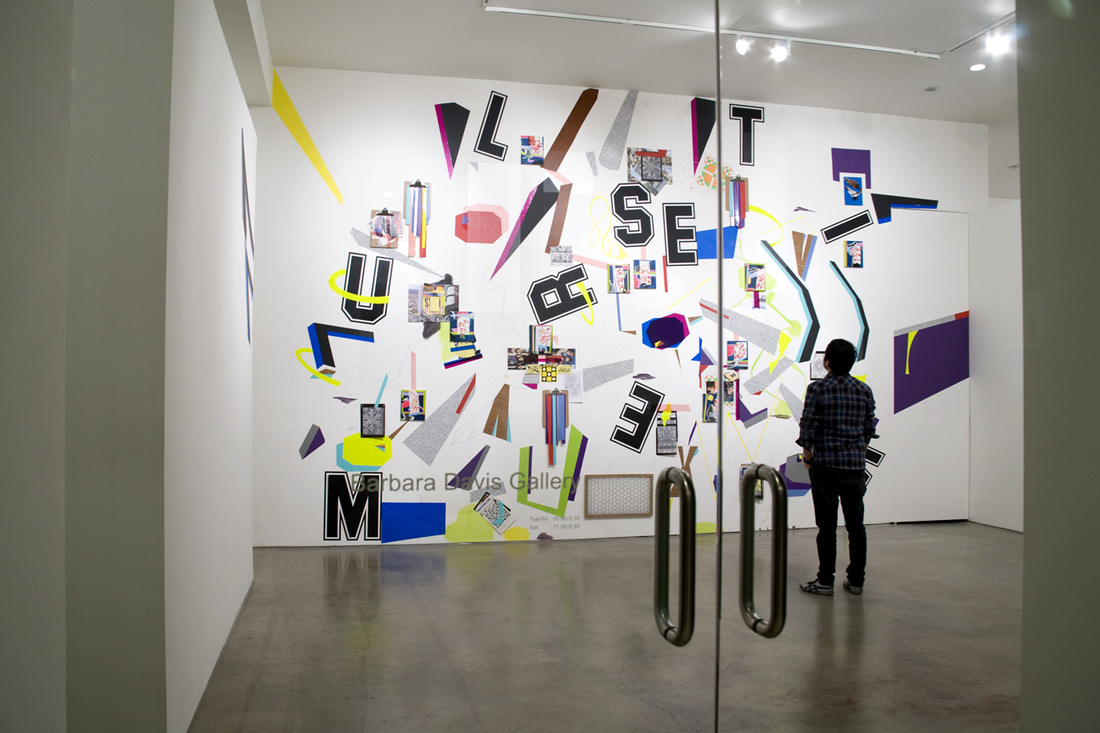 Click here for the artist's CV and to see more examples of his work.
For his third solo exhibition at Barbara Davis Gallery titled “MULTIVERSE”, London-based artist Danny Rolph will be presenting seven new Triplewall paintings. They are the latest works of his critically acclaimed series named after British Prime Ministers and will be included in the forthcoming hardback book ‘primeministers’ planned for later in the year.

In these paintings Rolph has pushed his visual vocabulary in new directions, enhancing the compositions by working on layers of “glassy bronze” Triplewall plastic. These new paintings have opened up the dynamics inherent in his work blasting perspectival shapes, edges, surfaces, patterns, textures, colors and images across and behind the surfaces, pushing the works “attitude” even further into the foreground of the viewer. They offer a glimpse of what is happening at the cutting edge of Painting today, with a nod to Pop Art, astrophysics and music, they reject compromise and possess a stunning visual assurity overflowing with questions.

Rolph will also be presenting a new wall collage titled “MULTIVERSE” in this show. This will be made on site working directly on to the architecture. Approached the same way he makes his paintings, instinctively and reactive, like a game of mental agility but this time writ large using an expansive approach to drawing and for the duration of the show only. A twisted relationship with visual Modernism is proposed and presented possessed with expressive material incident.

Danny Rolph is represented in major private and public collections throughout the world including The Metropolitan Museum of Art, New York and The Tate Gallery, London. 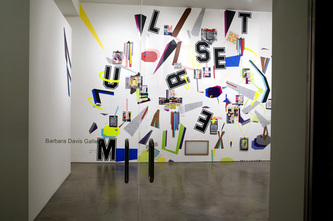 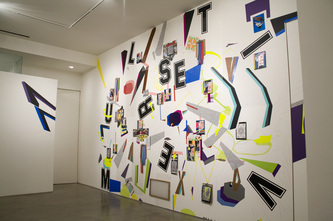 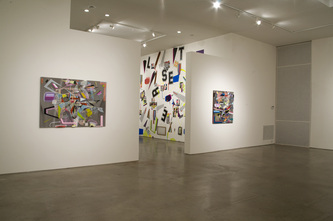 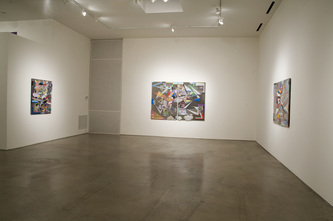 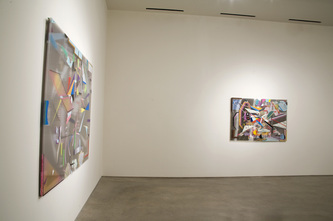 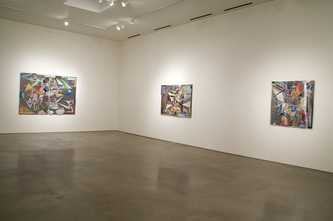 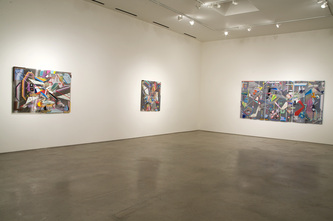 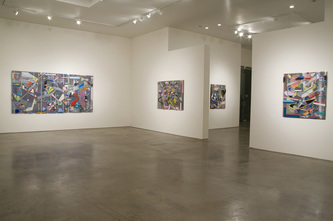 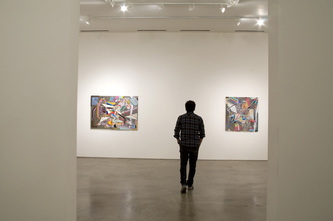