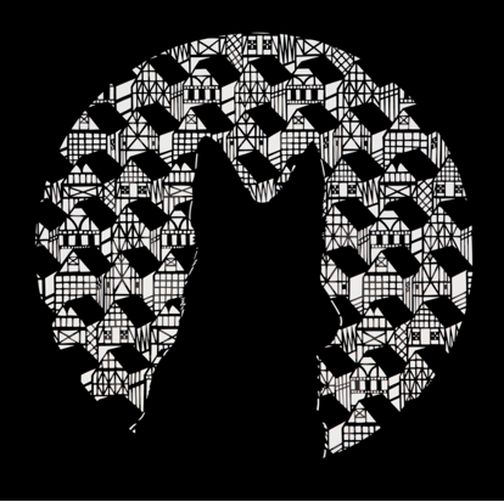 "Kleines Fachwerk", hand-cut paper, 51.97 x 51.97 in. (132 x 132 cm)
Barbara Davis Gallery is pleased to announce the first U.S. solo exhibition of Internationally known Leipzig artist, Annette Schröter.  In imagery speaking of nature and man’s relationship within it, Annette’s new works juxtapose the machine-like precision of hand cut paper in the Papierschnitte style, with echoes of socialist realism.  She exhaustively mines the intersection of her personal history with the politics of industrial alienation. A newly appointed Professor at the Leipzig Academy, she has risen alongside her contemporary and fellow Professor, Neo Rauch. Both Annette and Neo are premiere figures in the New Leipzig School, which has received International attention for it’s amazing visions from the other side of unified Germany.  Along with Annette’s upcoming solo exhibition at the Leipzig Museum and prestigious professorship, her work is held in the Essl Collection, the Austrian equivalent of the cultural tidal wave, collector Charles Saatchi.

“The German term HEIMAT speaks of architectural entities and spaces.  The seemingly unbroken compilation and duplication of central European timbered houses is confronted by an oversize Klischee image of the most typical German dog as well as graffiti and tags, functioning as a visual disorder.

Sky and imaginary landscapes are constructed out of logos of powerful companies, which work globally and determine our everyday life. The traditional costume, which originates out of very specific regional backgrounds, creates an opposition to these global players, questioning both itself as well as the logo culture.

Yet HEIMAT also means, and this especially in the former East German region, abandoned industrial architecture and depopulation of great swathes of land which by now are conquered back by nature.

And last but not least HEIMAT is also an ideologically charged term.  The works HELD 1 and HELD 2 refer to Russian propaganda posters during the time of the Soviet Union, which glorify the achievements of the working class. These monuments honouring the modest worker in the manner of a rather questionable pathos, ironically remind on the time of the third empire. They are part of my own biography - when growing up I was surrounded by them.” 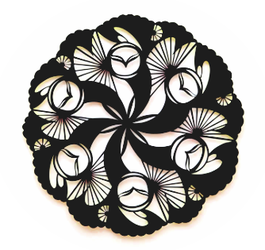 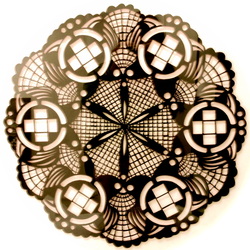 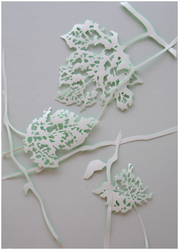 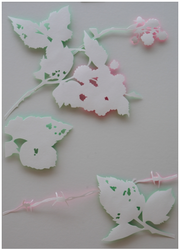 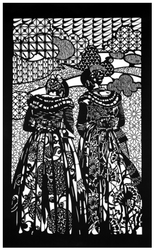 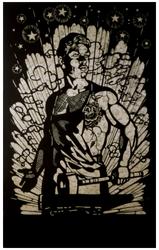 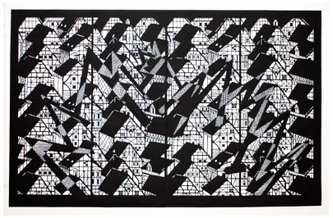 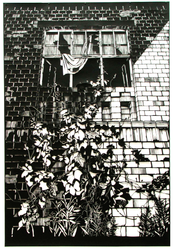