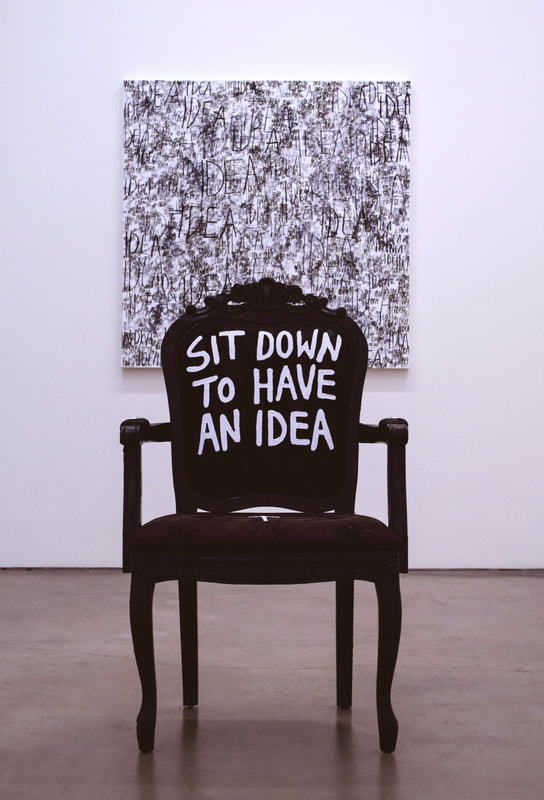 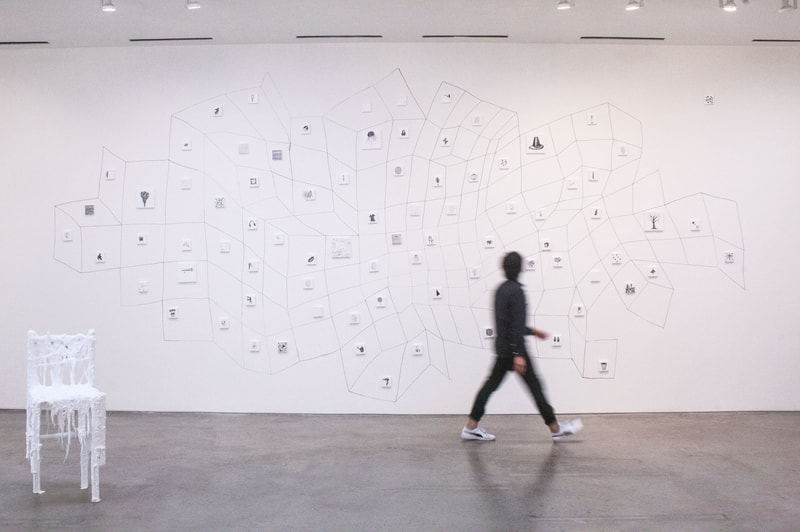 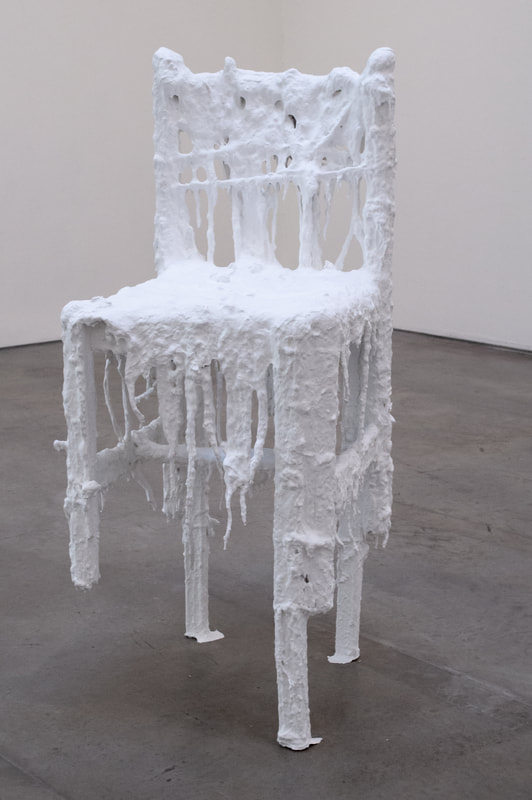 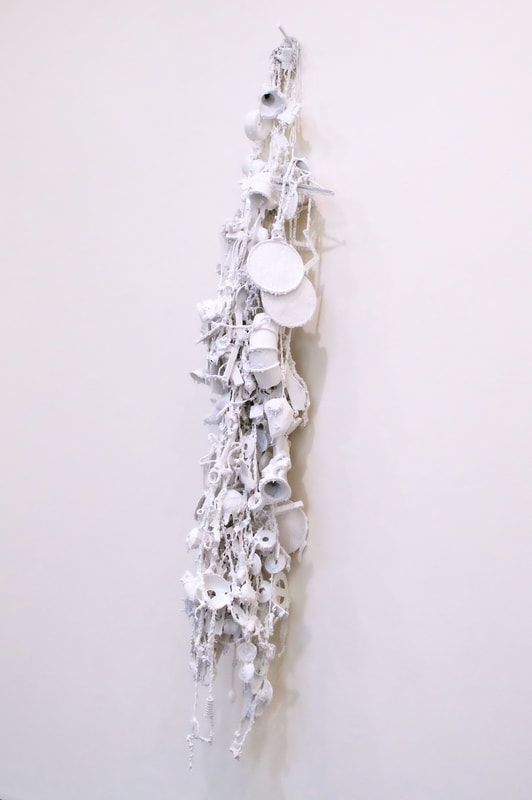 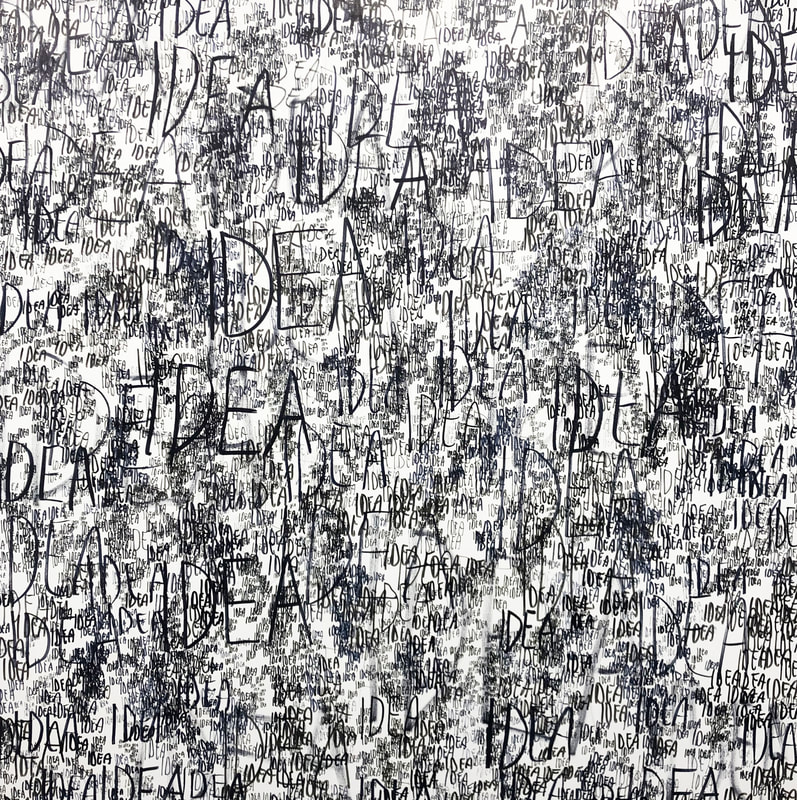 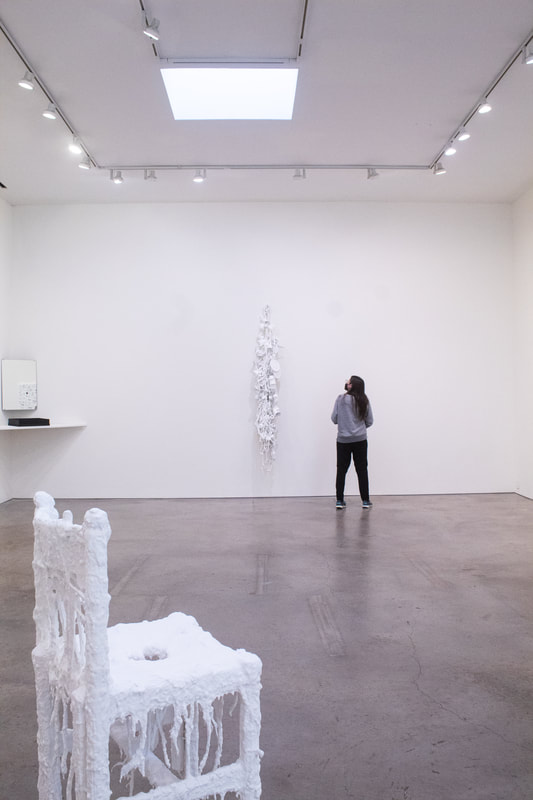 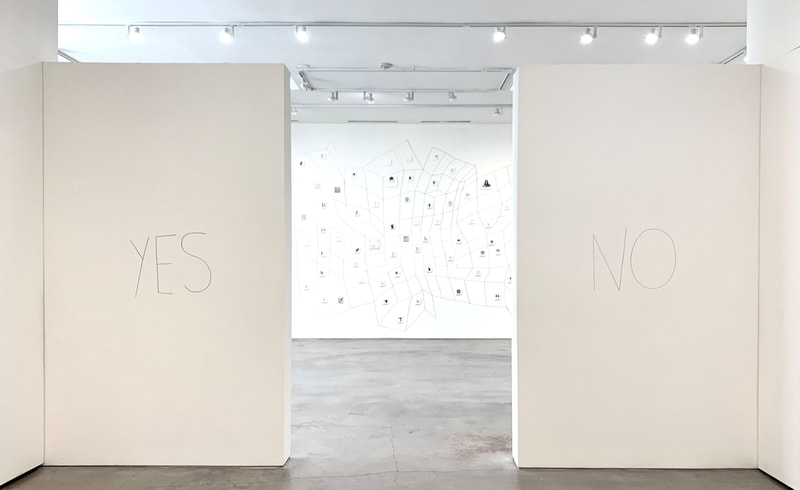 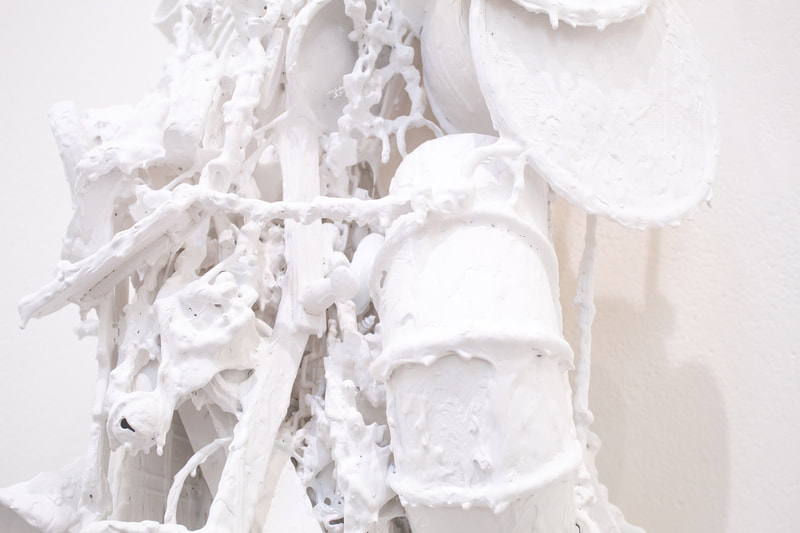 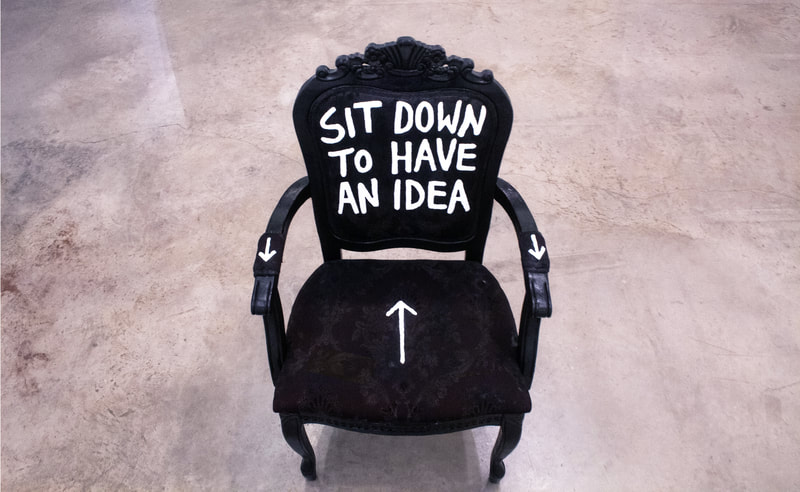 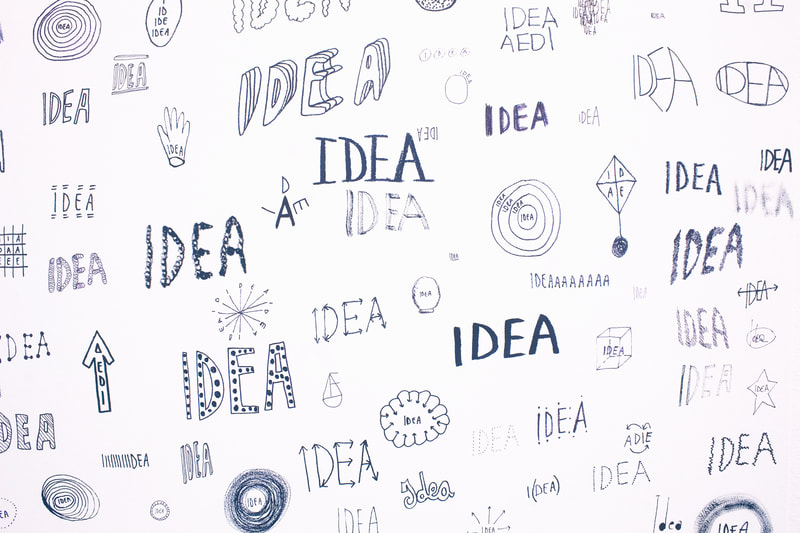 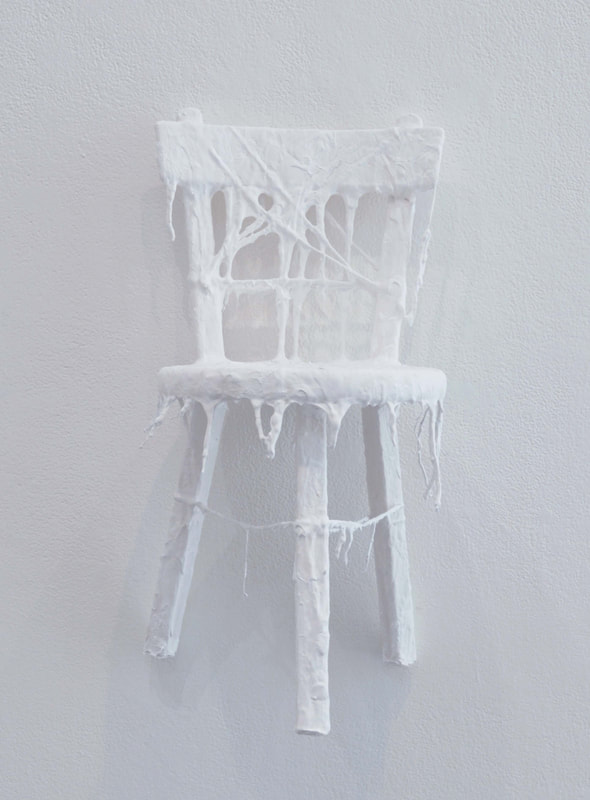 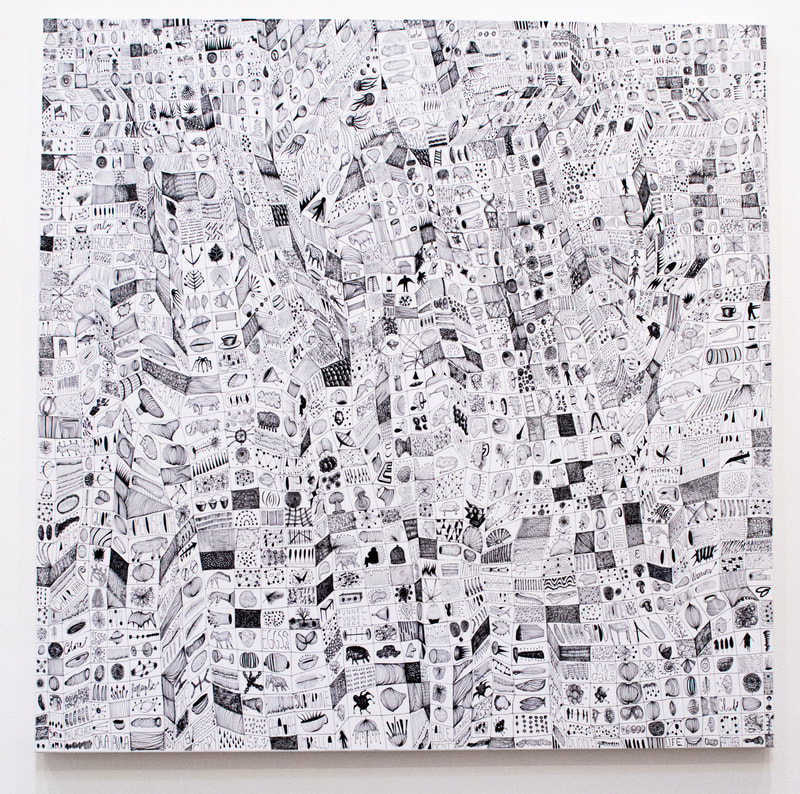 Having an idea is perhaps more necessary than ever in this moment. In the beginning of 2020, Italy became one of the epicenters of the Coronavirus pandemic. The entire world felt uneasy and uncertain, everyone looking to each other for answers. It was in this world that Bianconi started to think and write obsessively about the word IDEA. the etymology of the verb IDEA, refers to a vision of something that will come, as a scenario of a possible reality that does not exist in the present but, with such desire, can become real. Looking outward, infinity, dawn, the new day, the new life, the new beginning. The armchair of ideas was born.

The exhibition IDEA IDEA IDEA investigates the relation between man and idea. Andrea Bianconi makes use of the most powerful weapon he has, his imagination. In Bianconi’s mind we, as humans, are a dissemination, not just of ideas, but also of light, the dawn that will come to occupy everything after this long period of night. For him, this series is a call to action, an invitation for everyone to understand that with their presence or through their actions they can be part of the answer.

During the last two years, Bianconi worked on series of performances that made use of the armchair as a physical representation of his IDEA, giving birth to one of his most well known performances “the Expedition to the Carega Summit”, at 2,259 m the highest peak in the Dolomites.

“ARMCHAIRS FOR EVERYBODY AND EVERYBODY’S: ANYBODY, EVERYBODY, WHOSOEVER, COULD SIT DOWN IN THE HOPE – WITH THE DESIRE, WITH THE WISH – FOR AN IDEA.”
- Andrea Bianconi