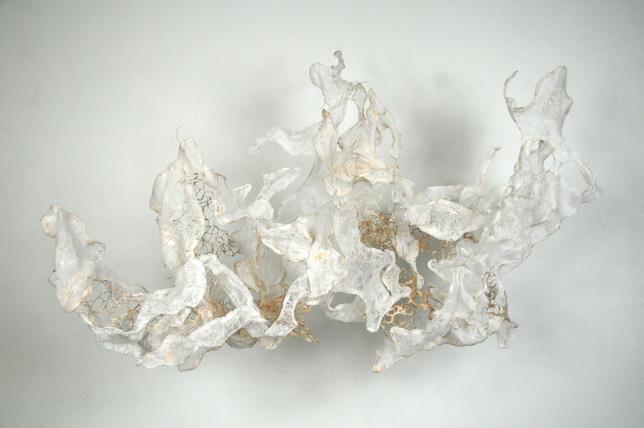 Barbara Davis Gallery is pleased to announce All of the Above, a group exhibition opening Friday, November 18th, with an artist's reception from 6:00 to 8:30 pm. This exhibition is on view through December 31, 2016.

The exhibition All of the Above features new paintings by Michael Chow (Los Angeles) and Leslie Wilkes (Marfa), photography by Leigh Merrill (Dallas), sculpture by Nic Nicosia (Dallas) and Christy Karll (Houston) and installations by Yuriko Yamaguchi (Japan) and Andrea Bianconi (Italy).

Andrea Bianconi lives and works in New York and Vicenza, Italy. His recent exhibitions include Solstice - Dialogic Drawing Experiment at the MSK Museum of Fine Arts in Ghent, Belgium. He was selected to participate in the 5th Moscow Biennale of Contemporary Art, curated by Catherine de Zegher. He has exhibited throughout Europe and the United States. Bianconi has had numerous public art performances, and this year an anthology of his 10 years of performance (2006 - 2016) published by Silvana Editoriale, was released in conjunction with a retrospective at Casa Testori, Milan. His work has been reviewed in leading art journals and mainstream publications alike, among them, Vogue, Artforum, Interni, Flash Art, La Repubblica, Il Sole 24 Ore, Double Magazine, El Mundo, Bejing Times, Shanghai Daily, Elle Décor.

Michael Chow was born in Shanghai and now lives in Los Angeles, California. Chow studied painting at the Saint Martin's School of Art in London, before changing course and opening his first restaurant MR CHOW in 1968 in New York, which became an international success, spawning locations around the globe. Now after nearly 50 years, he has returned to his first passion and paints almost daily. Chow had his first exhibition in China at the Ullens Center of Contemporary Art, Beijing and at the Power Station Art in Shanghai. On the occasion of the aforementioned exhibitions, a book titled "Voice for My Father" which offers an insight into Chow's artistic practice and persona, was published in 2015 by the Ullens Center for Contemporary Art. In February 2016 he had his first solo exhibition in the United States at the Warhol Museum in Pittsburgh, PA. This upcoming spring, he will exhibit new works in a solo exhibition at the Ivorypress in Madrid, Spain.

Christy Karll was born in Santa Monica, California and now resides in Houston. The daughter of a diplomat, she grew up in Dallas and Mexico City before attending the University of Texas at Austin. She earned her BFA from the University of Houston. Recent exhibitions include the Jung Center Houston, Houston; The National Academy of Art, New Dehli, India and Scope Art Fair, during Art Basel Miami Beach fair week, Miami. Karll is a former board member of DiverseWorks and Houston Advisory Council for the Jane Goodall Institute. Her work is in numerous private collections.

Leigh Merrill received her BFA from the University of New Mexico in Albuquerque, NM and her MFA from Mills College in Oakland, CA. She has exhibited throughout the United States in venues such as the Phoenix Art Museum, the diRosa Art Preserve, The Lawndale Art Center, FotoFest International, and the Museum of Texas Tech University. Merrill's work is in numerous permanent collections including the Museum of Texas Tech University, the City of Phoenix, the California Institute of Integral Studies, and various private collections. Merrill currently lives and works in Dallas, where she is an Assistant Professor of Art at A&M University-Commerce.

Nic Nicosia currently lives and works in Dallas, TX. He has exhibited his staged photographs internationally since 1980 and has been selected for the Whitney Biennials of 1983 and 2000, The Guggenheim Exxon Show in 1983 and Documenta IV, 1992. His work is included in the permanent collections of the Museum of Modern Art in New York, the Guggenheim, the Whitney, the Los Angeles County Museum of Art, the Museum of Contemporary Art in Chicago, the Houston Museum of Fine Art, and the Dallas Museum of Art, to mention a few. In 1979 a 20-year retrospective of Nic's work was shown at the Contemporary Arts Museum of Houston and traveled to several venues. Nic received a Louis Comfort Tiffany Foundation Grant in 1984, Awards in the Visual Arts - AVA 11 in 1991, The Tesuque Foundation - Artist Fellowship Grant in 1998, and a Guggenheim Fellowship in 2010. The University of Texas Press produced a major career retrospective, Nic Nicosia, released in October of 2012. The book includes over 160 images and film stills from 1980 through 2011.

Yuriko Yamaguchi received her MFA from the University of Maryland and her BA from the University of California at Berkeley. Her works are in museum collections, among them the Museum of Modern Art, Kanagawa, Japan; the Hirshhorn Museum and Sculpture Garden, the National Museum of Women in the Arts and Smithsonian American Art Museum. She has earned many awards and fellowships including Jentel Artist residency, the Rockefeller Foundation Bellagio Center residency, the American Academy of Arts and Letters Award, the Joan Mitchell award and National Endowment for the Arts Visual Arts Fellowship. Yamaguchi has executed major public commissions at the Hartsfield International Airport, Atlanta, Georgia, the Washington Convention Center, Washington, DC and the Light Rail Project, Charlotte, North Carolina. She has exhibited widely across the United States, including Los Angeles County Museum, Hirshhorn Museum, and Museum of Modern Art in Kamakura, Japan, Smith College Museum of Art in Northampton, MA, Virginia Museum of Fine Arts, and the Corcoran Gallery of Art in Washington, DC among others. She is currently an adjunct professor of Sculpture at the George Washington University in Washington, DC.

All of the above opens Friday, November 18, with an artist's reception from 6:00 - 8:30 pm. Artists will be in attendance. This exhibition is on view November 18  through December 31, 2016. For more information, please contact Barbara Davis Gallery at 713.520.9200 or info@barbaradavisgallery.com
​ 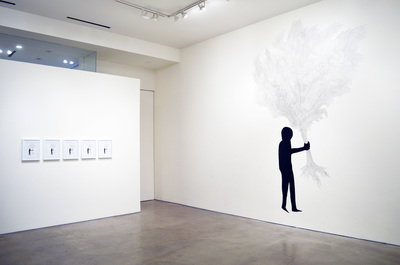 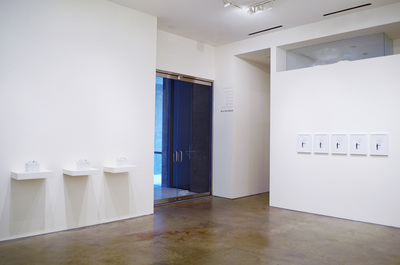 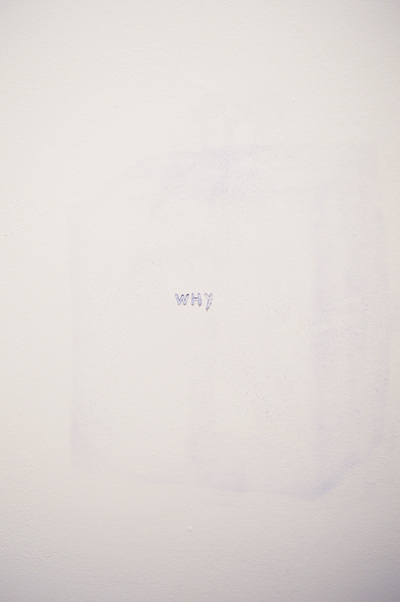 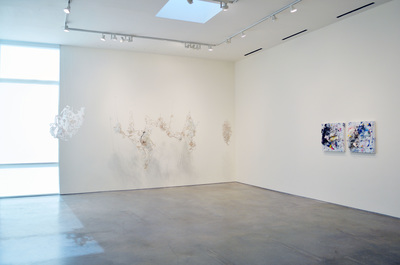 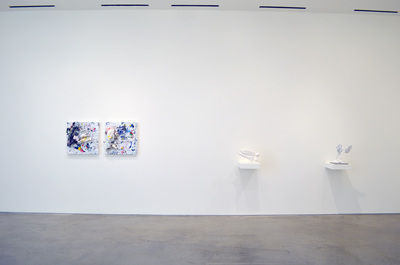 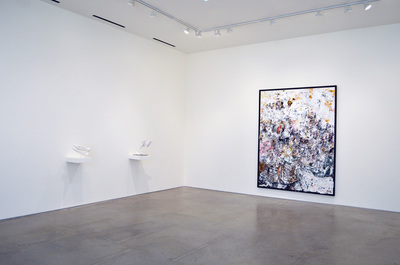 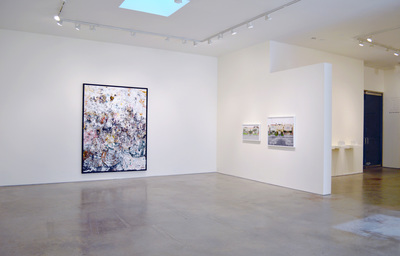 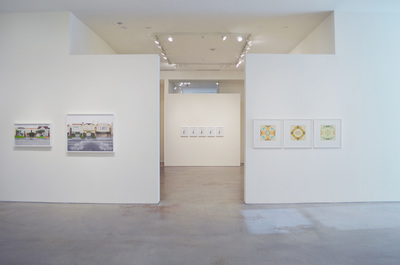 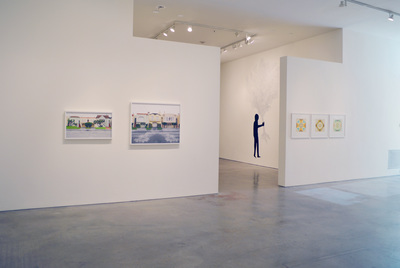