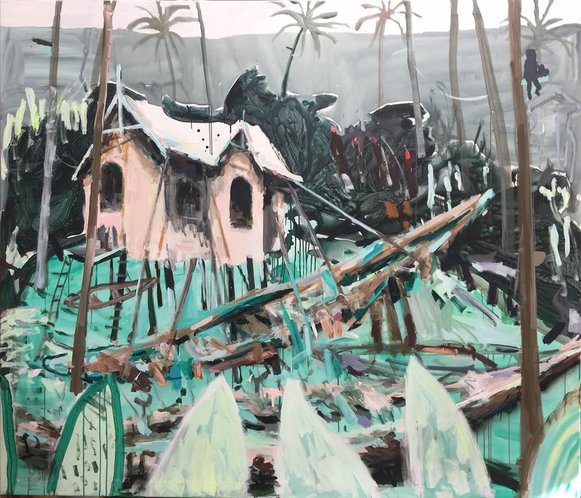 Mie Olise Kjærgaard, 'Through the Portal of the Pineapple', 2017, acrylic on canvas, 75 x 87 inches
For exhibition images, please scroll down.
Barbara Davis Gallery is pleased to announce Through the Portal of the Pineapple, a solo-exhibition by Danish artist Mie Olise Kjærgaard, opening Friday, April 21st, 2017 with an artist's reception from 6:30 - 8:30pm. This exhibition is on view through May 27, 2017.

Kærgaard works in painting, sculptural objects and installation. Since graduating with her MFA from Central Saint Martins, London in 2008, her work has focused on abandoned, man-made constructions and how they functionally represent society.

For the last 10 years, the pineapple has been a significant symbol in her paintings, metaphorically serving as a portal to a hidden world. In her latest exhibition opening at Barbara Davis Gallery, Kjærgaard takes the viewer through the portal to discover the exotic hidden place.

These new paintings are installed as constructions; often standing by themselves with a scaffolding backside. Other paintings are hanging on stilts, an instrument frequently used by Kjærgaard, most recently in the bike and pedestrian bridge at the harbor in the city of Holbaek (DK) which will be completed in 2018.

Framed by her architectural training, Kjærgaard reads man-made constructions as witnesses of the society they're a part of.  This investigation has compelled her to explore sites in various stages of disrepair, ranging from locations in the Arctic Circle to Spreepark, an abandoned amusement park in Berlin which was the subject of her exhibition Dilapidated Constructions in Dusseldorf, Germany.

Through the Portal of the Pineapple opens April 21, with an artist's reception from 6:30 - 8:30 PM. This exhibition is on view April 21st through May 27, 2017. For more information, please contact Barbara Davis Gallery at 713.520.9200 or info@barbaradavisgallery.com 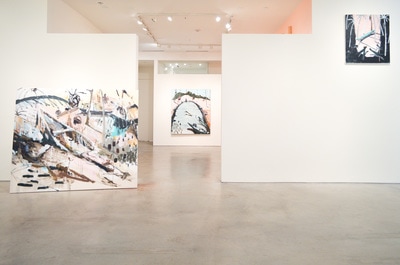 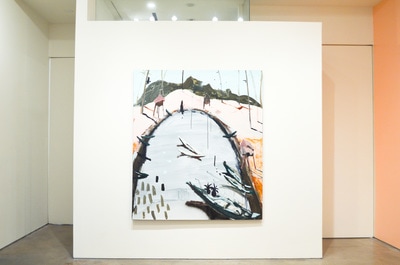 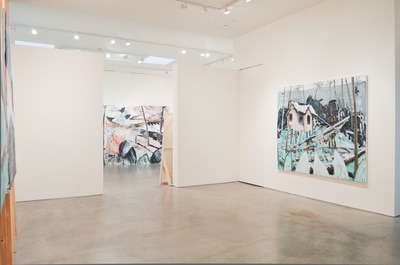 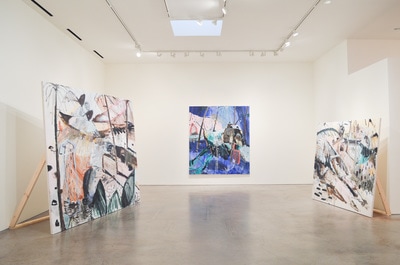 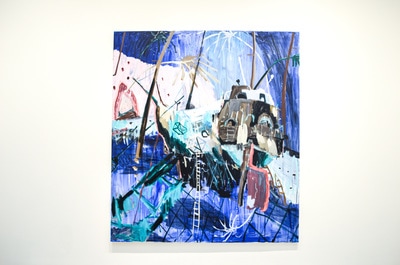 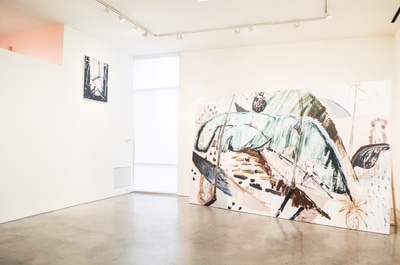 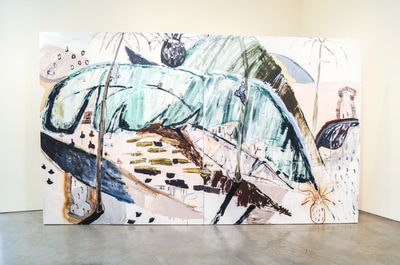 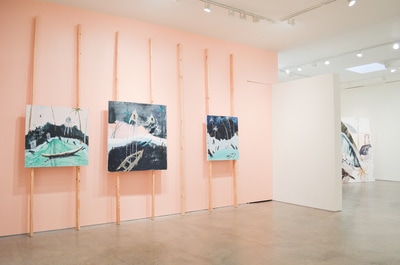 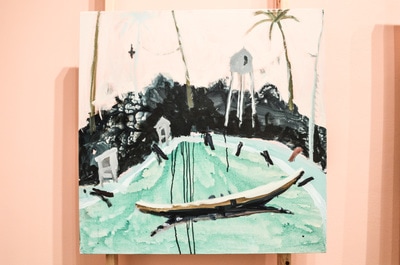