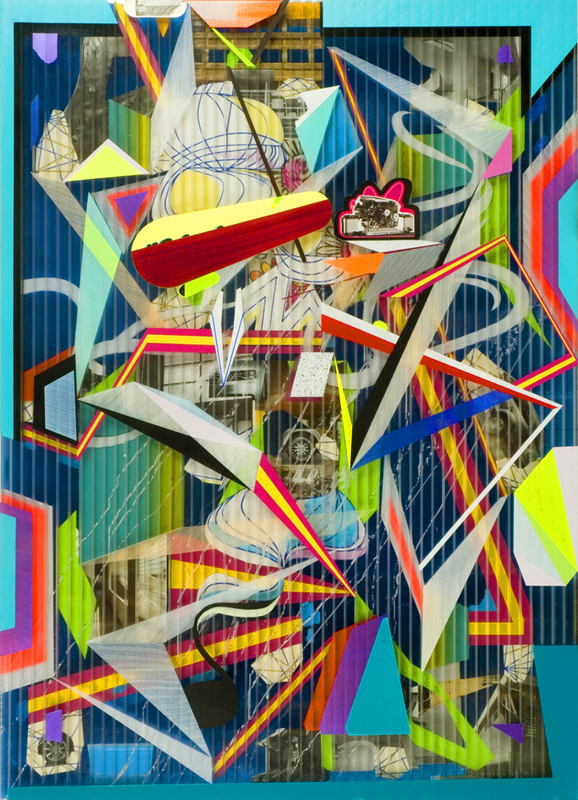 "Melbourne", 2008, mixed media on Triplewall, 59.06 x 41.34 in. (150 x 105 cm)
Barbara Davis Gallery is pleased to announce the upcoming exhibition of internationally known London artist Danny Rolph. He received his MA from the Royal Acedemy of Art. Danny is one of London’s most important artists working today. He is collected by numerous museums including the Tate Modern, London and Metropolitan Museum of Art, New York. Selected awards include Hamlyn Award (nominated), London Arts: Visual Art Award and Abbery Scholar, British School at Rome, Italy.

The exhibition will include a monumental wall collage and a series of Triplewall paintings, and will offer up a new set of questions, which relate to Rolph’s ongoing enquiries into Modernism, Philosophy, History and Physics.

“I want my work to be emotive, enlightening, challenging and charged full of attitude, carving a trace in the viewers mind”.  ~Danny Rolph 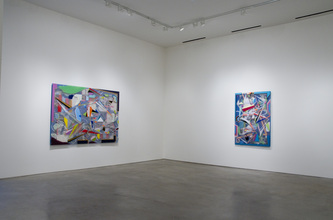 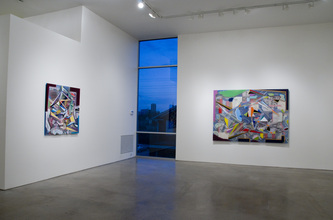 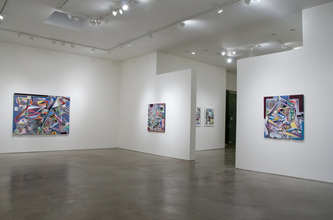